Conference on the Future of Europe

Europe: Make it Yours !

Renew Europe, in partnership with Democratic Society, has brought the Conference on the Future of Europe to all corners of our Union.

Our EU Discussion Tables gathered a broad diversity of voices and ideas from all around Europe to serve as an input from liberal, centrists and progressive supporters of the European project.

Between October 2021 and March 2022 we consulted citizens directly in 23 Member States and in more than 40 European cities as well as on our collaborative platform - matching the schedule of the institutional COFOE process.

🔛 What happened this weekend?

Initial discussions kicked off an all 9 major topics of the Conference - participants ranked and voted on 3 key topics for further deliberation.

On 26 March 2022 a final plenary event took place in the European Parliament in Strasbourg - with 100 citizen ambassadors from across the EU.

The series of participative workshops was an opportunity for citizens from different backgrounds to collaborate and voice their opinions at an EU-level, and engage directly with the MEPs representing them.

Citizens' input was considered by our Members in the final discussion phase of the Conference, when together with the Council and Commission, they prepare wide-ranging reforms of the EU including changing the Treaties.

🗣Conference on the Future of Europe

It is almost a year since the #CoFoE was launched; an opportunity for all citizens across 🇪🇺 to shape the future of the EU & its policies.
Thank you for raising your voice, this is key to face the common challenges of today!#TheFutureIsYours pic.twitter.com/IJp2yvnIrT 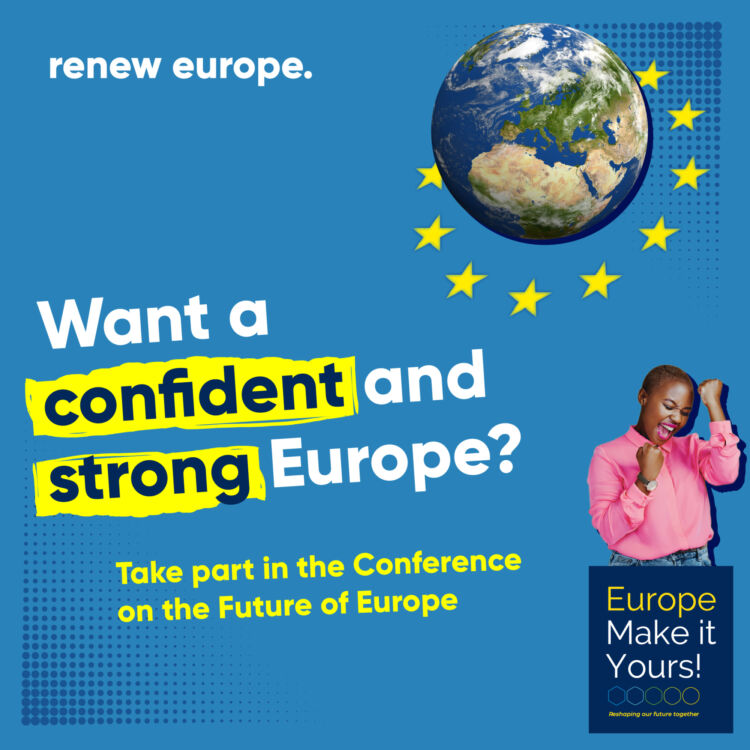 After 70 discussion tables across the EU, more than 100 ambassadors from 20 EU Member States are joining us today at the biggest @RenewEurope experiment in democratic action 🙋🙋‍♂️ for the Future of Europe 🇪🇺#TheFutureIsYours #CoFoE pic.twitter.com/Eh2shUdGf0