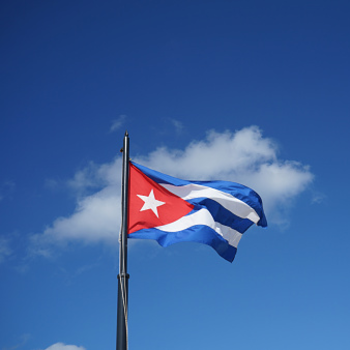 The Renew Europe Group welcomes the adoption today by the plenary of an urgency resolution on the case of José Daniel Ferrer, the jailed Cuban human rights activist, which demands the release of him and all political prisoners. The text also clearly states that these serious breaches of human rights violate commitments made in the EU-Cuba Political and Cooperation Dialogue Agreement signed in 2016 and as a consequence calls for further action and for benchmarks to be put in place to monitor these commitments more efficiently.

Dita Charanzová (ANO, Czech Republic), Vice President of the European Parliament responsible for Latin America and author of the resolution on behalf of Renew Europe, said:

"Cuba is violating the Political and Cooperation Dialogue Agreement with the EU by arbitrarily detaining and mistreating José Daniel Ferrer, and many other political prisoners. The core of the agreement rests on respecting and improving human rights. How can the EU be taken seriously when it signs new agreements, both to our partners and citizens, if we ignore what we have signed up to?

The Agreement states clearly: violations of human rights and fundamental freedoms are a material breach of the agreement.

The Parliament has sent a strong signal to the new High Representative/Vice President and to the Cuban authorities – the case of Ferrer is a case of special urgency and the EU should therefore immediately request an urgent meeting with both sides within 15 days, as laid out in Article 85 of the Agreement. The life of Ferrer is in danger and we have no time to lose."

Renew Europe MEP, Javier Nart (Independent, Spain), Vice President of the Delegation for relations with the countries of Central America (DCAM), said the EU should not prioritise business over ethics and maintain its principles:

“In 2016 the European Union signed a treaty with the Republic of Cuba that has respect for human rights and democracy as its essential and conditioning component. The July 2017 resolution made its approval conditional by adding a suspension clause.

José Daniel Ferrer, is not a brutal liberticidal anecdote. He is a category. Nothing has changed; it is still the totalitarian Cuba of the Castro dynasty.

Because the Cuban economy in reality is not about hostels but the GAESA military / political complex run by General Luis Alberto Lopez Calleja, son-in-law of Raúl Castro.

The European Union cannot continue to close its eyes to reality. If we prioritise business over ethics, let's be consistent: let's eliminate the articles that we don't want to comply with. Let us recognise that our compass is well depicted in the couplet of the poet Quevedo: Money is a mighty Knight”.