Brexit: Renew Europe hopes for a strong future partnership, which must be based on European values and standards, while protecting European interests 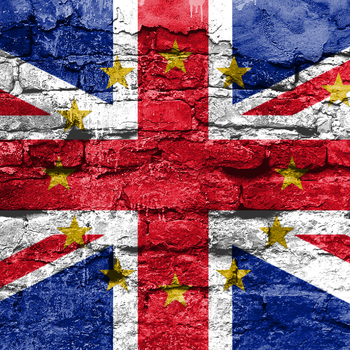 Renew Europe welcomes the consensus achieved among a clear majority of political groups of the European Parliament on the way forward in shaping the relationship between the EU and the UK. A resolution setting out the Parliament’s recommendations on the proposed mandate for negotiations for a new partnership with the UK has been tabled and will be presented in the plenary session next week in Strasbourg.

Our political group was strongly involved in the preparation of this text and will remain committed to monitoring closely the negotiating process with a clear priority: a strong and positive relationship with the UK, which must benefit European citizens and not distract us from deepening the European Union.

“The Renew Europe Group is committed to playing an active role in the negotiations ahead of us. Any international agreement on the new relationship between the EU and the UK can only be concluded with the full involvement and final consent of the European Parliament.”

“Britain has left the European Union, but the UK remains part of Europe and a close partner. We have a common and close history together for centuries, so our ambitions for the future relationship should reflect our shared destiny.”

“The breadth and depth of our future relationship will also depend on the British government’s willingness to commit to European standards and values. But obviously, a deal can never be as good as EU membership.”

Nathalie Loiseau MEP, Chair of the European Parliament’s Subcommittee on Security and Defence and a member of the Parliament’s UK Coordination Group reacted:

“The EU and the UK have strong common challenges and values. Terrorism, cyberattacks, viruses or global warming know no borders. We must find a new way of fighting these together. Our future relationship has to be strong, but it will be different.”

“We heard the message: Brexit means Brexit and the sovereign choice of the British citizens comes with consequences. Our message is that we are building a stronger European Union. It’s in our interest but it is also the interest of the United Kingdom: we are neighbours, allies and we are the biggest market for British goods and services. We have high standards protecting consumers, protecting workers, protecting privacy and protecting our planet. We won’t bargain what we stand up for.”

“We want as close a relationship with the UK as possible in the future, but our relationship will have to be different from the one that the UK enjoyed as a Member State.”

“The guarantee of a level playing field is a priority objective for the Renew Group, including with regards to the environmental protection and climate change related standards. We are committed to seeking a high level of environmental ambition underpinned by commitments on the promotion of sustainable development goals, a high - level protection of consumers and sustainable development.”

“We remain deeply concerned by reports the UK made illegal copies of classified personal information from a database reserved for members of the passport-free Schengen travel zone. In order for the European Commission to declare the adequacy of the UK data protection framework, the UK will have to demonstrate a level of data protection which is essentially equivalent to that of the EU framework.”

"The rules regarding the UK's participation in EU agencies and programmes will be those applicable to third countries, but I do believe the UK participation in ERASMUS+, Horizon2020 and similar programmes is important, particularly for young people on both sides of the channel."