Venezuela: The European Parliament recognises interim President Guaidó and the constitutional continuation of the 2015 National Assembly 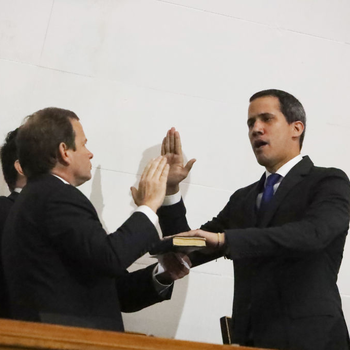 In a resolution today adopted by the European Parliament, initiated and defined by Renew Europe, MEPs backed this approach until truly free, credible, inclusive, transparent and fully democratic elections are held in Venezuela.

The elections illegitimately held in December helped Nicolas Maduro to take control of the only remaining democratic institution in the country, the National Assembly, and the resolution calls on the Council and the EU Member States to unequivocally recognise the constitutional continuation of the legitimate Assembly elected in 2015 and Juan Guaido as interim President of Venezuela.

“This Parliament reaffirms its commitment to democracy in Venezuela, recognizing the extension of the mandate of the legitimate National Assembly of 2015 and its president Juan Guaidó. Europe cannot distance itself from the international consensus, and it has to continue contributing to the efforts to restore democracy in Venezuela. Not recognising the legitimate Assembly means a victory for Maduro and gives him a blank check to prosecute the legitimate deputies for usurpation. In Venezuela, the only usurper is called Nicolas Maduro.”

“Mr. Borrell's declaration on Venezuela was a big mistake. A mistake that caused much confusion.

We must also back our words with actions and expand the targeted sanctions against the Maduro regime.”