Media freedom in Hungary: There is no truth without someone to speak about it 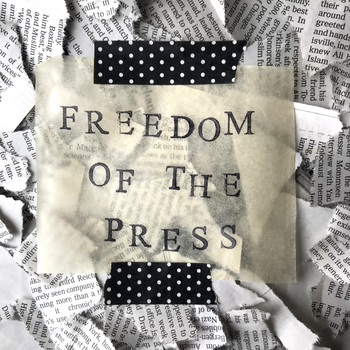 In the same week that Viktor Orbán returned to Budapest claiming triumph from this week’s European Summit, the largest independent media outlet in the country has effectively been closed down, after the editor of index.hu was forced to resign, amid accusations of political interference.

Renew Europe calls on the European Commission and Council to finally get moving and open an investigation into media ownership and concentration, and the state of media pluralism in Hungary. We call on the European Commission to follow up on the Renew Europe’s Ten Point Rule of Law Action Plan, which included emergency funding for the purpose of preserving a pluralist media landscape.

We appeal to the European People’s Party to stop protecting Prime-Minister Viktor Orbán. We repeat that Renew Europe will support the future European budget only if it contains solid guarantees to make European funds conditional to an effective and impartial mechanism to ensure respect of the rule of law.

‘In the same week that Viktor Orbán returned to Budapest declaring that EU leaders had promised to drop Article 7 procedures against his Government, the editor of the largest remaining free media outlet, index.hu, was fired amid rumours of political interference.

‘There is no truth without someone free to speak about it. This was a sad farewell to one of the major independent news outlet in Hungary. Freedom of the press is withering in Hungary under Viktor Orbán. This is why the fight for the rule of law & democracy in Europe is existential.

‘The European Council and Commission need to take action - starting with an investigation into media ownership and concentration and the stat of media pluralism in Hungary. The Commission should follow up on Renew Europe’s ten point Rule of Law Action Plan, that included emergency funding for the purpose of preserving a pluralist media landscape.

‘Instead of protecting Orbán , the EPP should finally stop legitimising his illiberalism and act. This shows again why there can be no MFF agreed by the European Parliament without an effective rule of law mechanism.’

‘In the face of this brutal attack the integrity and bravery shown by the staff of Index is remarkable: almost all of them resigned in protest. Momentum organised a protest where thousands reaffirmed: this brutal attack by the Hungarian government will not be unanswered. With our European allies we will work relentlessly to restore media freedom and those responsible will have to answer for their actions. ‘

‘We express our full solidarity with the staff of Index.hu. We will do whatever we can to support them and protect media pluralism. Soon the European Parliament must decide on the EU financial package for the next seven years. We will make sure money will be available for SME, local authorities or civil society in Hungary. But for me it is crystal clear we cannot and will not consent to a package that allows for European tax payers’ money to be used by Orbán to build his autocrat empire.

The Council has ducked the issue for ten years. The Commission was timid and passive. The time of “we-are-monitoring-closely” is over. We need to act before it is too late. This is a political problem, which cannot be solved with a technocratic approach. The Council and Commission finally have to take a stance and speak out.

The EPP is complicit. They have protected Orbán and allowed him to demolish democracy. EPP in the EU institutions made sure he would not be bothered. It makes their words on values sound very hollow. ‘