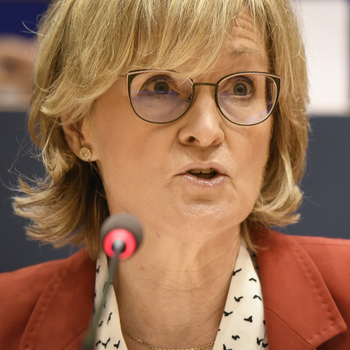 After being cross-examined this morning in the European Parliament’s Economic and Monetary Affairs Committee, Renew Europe members have unanimously decided to support Mairéad McGuinness, nominee for the position of European Commissioner for Financial Stability, Financial Services and the Capital Markets Union.

Mairéad McGuinness persuasively responded to a diverse portfolio of questions from Renew Europe MEPs, covering the state of financial architecture post-Brexit, the Banking Union, money laundering, sustainable finance and the effects of COVID19 on Europe’s SMEs, as well as gender balance, among other issues.

Renew Europe members were impressed both by her written answers and her performance during the hearing. They are convinced that the Commissioner-designate is reform-oriented, will work closely with the European Parliament, and that she has the skills to build the coalitions needed to move forward on ensuring financial stability in these difficult times.

Renew Europe is particularly pleased with the commitments made by Mairéad McGuinness to act quickly to complete the Banking Union, a vital piece of the puzzle necessary to preserve financial stability as well as securing extra finance for SMEs and ensuring a bright future for the Euro. The Commissioner-designate strongly endorsed Renew Europe´s priorities in key areas such as consumer protection, ensuring that credit flows reach consumers, start-ups and SMEs, and addressing the supervisory challenges outlined by the Wirecard scandal. Renew Europe looks forward to working closely with Mairéad McGuinness in decisively pushing this agenda of reform, which is desperately needed.

"Renew Europe is satisfied with Madame McGuinness´ commitments to deliver on the reforms Europe needs. We expect that, under her leadership, the Union will push decisively for a common deposit insurance to shield savers in times of financial turmoil, deliver on an ambitious SME strategy and strengthen the European anti-money laundering framework through the establishment of a single European supervisor."

ECON The future of Europe