From EUROPOL towards a European FBI: Boosting the Union's law enforcement capacities 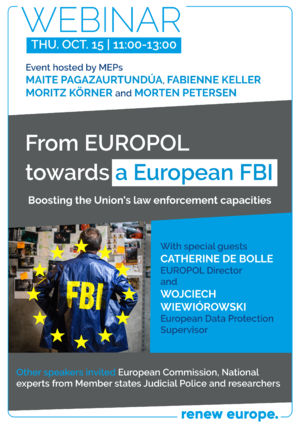 In recent years, the Member States’ law enforcement authorities have increasingly made use of the support and expertise that Europol, the EU Agency for law enforcement cooperation, offers to fight serious crime and terrorism across borders. The operational importance of some of the Agency’s tasks has changed substantially, also in response to emerging security threats and calls from Member States for stronger EU support for the work of their law enforcement. The European Commission is expected to present at the end of 2020 (Q4) a legislative proposal on strengthening EUROPOL’s mandate.

In this framework, the RENEW event would gather diverse stakeholders and high-level experts to feed into the reflexions and the position paper work being done.