Cioloş to Borrell: ''Your official visit to Moscow was a serious mistake'' 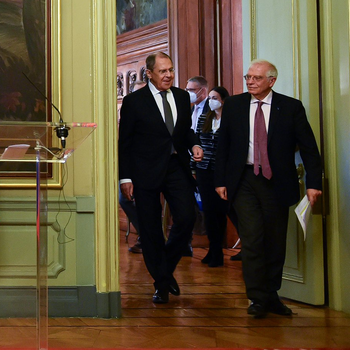 The Renew Europe Group in the European Parliament strongly criticised HR/VP Josep Borrell for visiting Moscow, despite its repeated calls for not going to Russia without the necessary tools to persuade President Putin to release Alexei Navalny.

“The Renew Europe Group drew your attention to the fact that the wisest thing to do would be to postpone it, certainly if you do not have the power to take any action or put pressure on Russia to release Alexei Navalny from prison. Maintaining open diplomatic channels is important; we do not deny this, but an official visit to Russia, in such a tense context, is also a symbolic gesture. Unfortunately, your visit sent the wrong diplomatic signal; and it was a failed symbolic act that backfired.“

Cioloş continued: “Mr. Vice-President, you cannot say you did not know how sensitive such a visit was in these conditions. We have been trying for years to build a solid, influential and credible European diplomacy. This visit to Moscow and its consequences severely affected the Union's credibility in terms of diplomatic influence. “

Russia expelled three European diplomats during the High Representative’s visit, showing once again that the Kremlin not interested in building a constructive relationship with Europe.

Renew Europe's president added: “Now we have to face the consequences of your actions. There are lessons which must be learned, clearly.”

"The visit was a disaster which has undermined Borrell’s position and damaged EU foreign policy, EU-Russia relations are now even worse than before. We are now giving the HR/VP a yellow card and will remain vigilant."