An Investment Agreement with Taiwan?

In recent years, the EU has been a major source of foreign direct investment in Taiwan, while Taiwanese investments in the EU represent only some 2 % of Taiwan’s global FDI stocks. Last year EU and Taiwan held a very successful European Investment Forum that will hopefully be a recurring event. However, despite repeated calls from the European Parliament to upgrade the political and trade relations between the EU and Taiwan, and calls on the European Commission to start the scoping exercise and impact assessment needed to formally commence the negotiations on a bilateral investment agreement (BIA) with Taiwan as soon as possible, there have been no formal developments. The Commission has previously linked the commencement of negotiations with Taiwan to first reaching an agreement with China. Since the EU‑China Comprehensive Agreement on Investment was agreed on political level at the end of 2020 there should be no obstacles for deepened EU-Taiwan relations, yet nothing seems to happen. This event seeks to map out the current situation as well as look at steps forward. What will a renewed, deepened trade and investment relation between the EU and Taiwan look like? 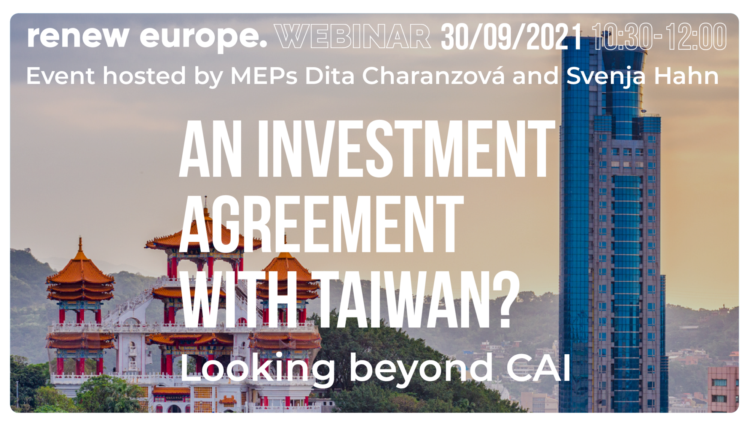 Impulse by Ms. Jovita Neliupšienė, Vice-Minister of the Economy and Innovation of the Republic of Lithuania