Tapping into the full potential of Social Economy

Social economy employs some 13.6 million people in the EU, includes 2.8 million entities and plays a critical role in addressing the key socio-economic challenges that Europe is currently facing, ranging from social exclusion, poverty to green and digital transitions. However and despite such achievements and its huge potential, social economy still remains an underdeveloped area and a blurry concept for many people, decision-makers and businesses across the Union.

To remedy this, this webinar aims to distil knowledge on social economy and the realities of this sector. It will shed light on how social entrepreneurs, ethic bankers and start-ups are turning this concept into concrete solutions improving the lives of millions of citizens. It will listen to their own experiences and discuss with them as well as with scientific experts and policy leaders how to overcome current obstacles and to better tap into the full potential of social economy. Finally, this webinar will feed into the upcoming report of MEP Jordi Cañas, through which the EP will take position on the recently adopted Commission’s Action Plan on Social Economy and provide forward-looking recommendations on how to make it a real success. 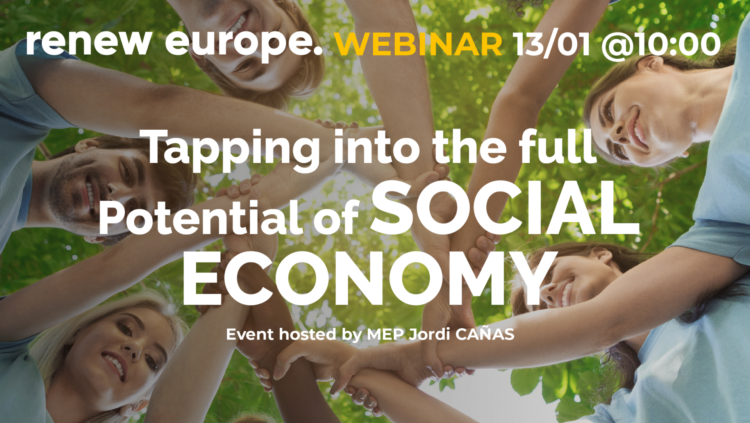 Jordi Cañas, Member of the European Parliament and Rapporteur on the INI Report on a ‘European Action Plan for Social Economy, Renew Europe