Budget 2020: Renew Europe fights for the climate and against hypocrisy 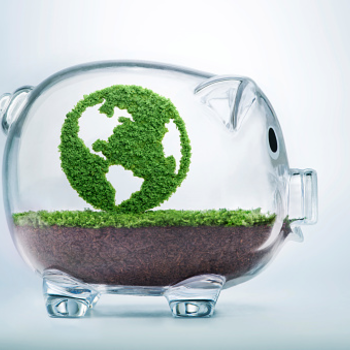 Today the European Parliament adopted its position on the draft EU budget for 2020.

Renew Europe’s top priority was to make good on the promise the EU made in 2013 to spend at least 20% of its 2014-2020 budget on climate-related expenditure. The European Commission's draft budget falls short of achieving this goal. The Council’s perennial cuts take the EU even further away from keeping its word. Renew Europe had an ambitious line on climate. As a result, the European Parliament voted an extra 2 billion for climate-related budget lines.

But Renew Europe MEPs also want to put an end to the hypocrisy around the budget talks.

Valérie HAYER (Renaissance, France), spokesperson for Renew on budgetary affairs, said : “Each year European leaders take bold decisions and ask Europe to do more — save the environment, develop a knowledge-based economy, beef-up our companies' competitiveness and support our youth. But each year Member states’ representatives sitting in the Council cut those budget lines related to climate, research and SMEs or initiatives for youth employment. It’s either a grave case of schizophrenia or blatant hypocrisy.”

The way forward, Valerie Hayer added, would be to stop financing the EU mainly through transfers from national treasuries. Instead, new resources levied at continental level (such as a carbon border tax, a financial transaction tax or a non-recycled plastic-based levy) would help turn the EU budget negotiations into something more than a zero-sum game.

Clotilde ARMAND (Uniunea Salvați România, Romania), who negotiated the budget 2020 for Renew Europe, said that the current budget logic is indeed plainly wrong : “When it comes to the EU budget, Member states’ negotiators think in terms of losers and winners. You have those who chip in and those who cash in. This is economically illiterate. Look at the flow of capital inside the EU. Look at how much the so-called “net contributors” benefit from returns on investment, or from trade. Some rich countries run enormous surpluses. We should all keep that in mind when negotiating: the EU budget helps the single market running smoothly and benefits us all.”