Discharge 2017: for Renew Europe the EU institutions must be a model of good practice 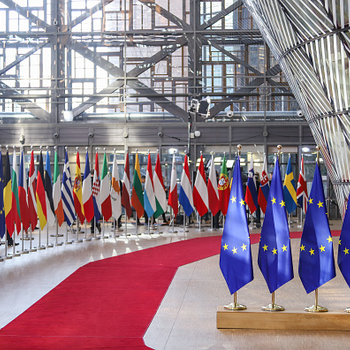 The European Parliament, meeting today in plenary session in Strasbourg, took the political responsibility to refuse to discharge the accounts of the Council and the European Asylum Support Office (EASO). As part of the discharge procedure for the 2017 budget, the Parliament again refused to endorse the accounts of the EU Council, which lacks full transparency with regard to parliamentary scrutiny. As for EASO, based in Malta, its catastrophic management led to the dismissal of its Director General last summer and the implementation of major corrective measures by the new management, but the European Parliament considers that it is still necessary to wait to be able to evaluate the results of these measurements before validating the accounts.

Renew Europe's coordinator in the Parliamentary Committee on Budgetary Control (CONT), Olivier CHASTEL (MR, Belgium) said : "We very much hope to renew the dialogue with the Council services because we have to work in a transparent way in order to be able to explain to European citizens the use of the funds they entrust to the European institutions".

Renew Europe spokesperson for the EASO discharge, Ramona STRUGARIU (Partidul Libertate, Unitate şi Solidaritate, Romania) added : "Budgetary discharge is not a formality. It is a major responsibility, one that this Parliament is taking seriously. Irresponsible management policies, abuse and disregard towards public money are practices that are neither acceptable for EASO, nor anywhere else in the European institutions".