Renew Europe: Children's rights must be in the heart of all EU policies 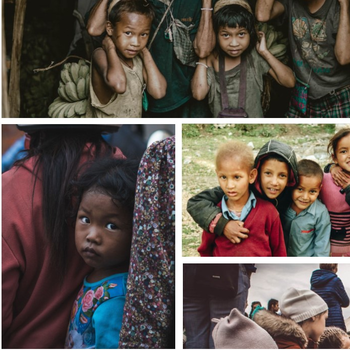 The plenary of the European Parliament has adopted a resolution today commemorating the 30th anniversary of the UN Convention on the Rights of the Child. The resolution stresses that the best interests of the child should be a primary consideration in all EU policies given that 100 million children live in Europe, representing one-fifth of the EU's population.

Sadly, in the world of 2019 children continue to be a vulnerable group, often being the victim of violence, abuse, exploitation and discrimination. MEPs have therefore called on President-elect von der Leyen to give emphasis to their protection by appointing a special EU-representative for all EU matters and policy areas related to children. The eradication of child labour, ending all forms of violence against children, combating child sexual abuse and tackling child poverty must be the cornerstones of the Commission's new strategy to protect and support children. Renew Europe will continue to call for more investment in better healthcare, education and welfare of children as a way of investing in our common future.

"The 30th anniversary of the Convention of the Rights of the Child is a good opportunity to signal that children rights matter. A strong resolution on children rights was really needed as there are still too many vulnerable children in the world. Nearly one in four victims of trafficking in human beings registered in the EU is a child, one in ten children worldwide are involved in child labour and half of the refugee population worldwide are children. Despite the progress made since the adoption of the Convention, we cannot ignore that these numbers are alarming. Therefore, we should continue our efforts until every child has every right, especially the most vulnerable, leaving no one behind."

"This resolution represents our strong commitment to carry on the UN's work started by world leaders 30 years ago to end child poverty and to guarantee the rights of all children. But there is still a lot of work ahead. Let us create a better future for our children by investing in their economic well-being and prosperity, tackling the root causes of child poverty and exclusion. Only through a long-term strategy and by implementing a Child Guarantee will the European Union be able to make progress and guarantee the rights of all children in the EU and beyond."