Renew Europe says enough: Ratify the Istanbul Convention and recognise violence against women as a crime under EU Treaties 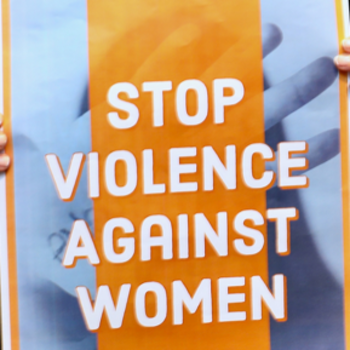 One in three women in the EU have been a victim of physical and/or sexual violence, one in 20 have been raped. Yet, the ratification of the so-called Istanbul Convention – the first legally binding international instrument to prevent such violence, support victims and punish perpetrators, which has been signed by the EU in 2017 – is being blocked in some member states. Renew Europe calls on the remaining seven member states to ensure that 2020 is finally the year the Convention is turned into law everywhere in the EU and demands from the newly elected European Commission to make this issue a key priority and to recognise violence against women as a crime under European Treaties.

FEMM shadow María Soraya RODRÍGUEZ RAMOS said ahead of today’s vote on the European Parliament’s resolution on the EU accession to the Istanbul Convention:

“It is hugely disappointing to see that we are still discussing the basic implementation of this Convention. Instead of exchanging best practices regarding the implementation of the Convention, we still have to pressure those member states, who are lagging behind in ratifying it. Yes, we must and we will continue to be critical towards those member states, which have not turned it into law yet; but we also have to be critical towards those, who have only implemented it on paper. It is high time to put words into action. Women’s right are human rights!”

You find the full text of the Istanbul Convention here.