Europe's reform depends on its citizens and the democratisation of institutions, so they are adapted to our century 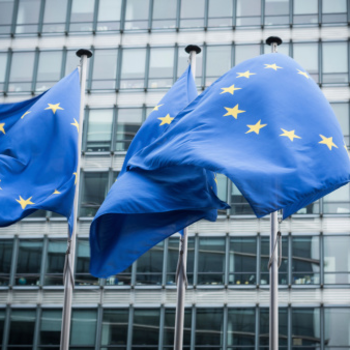 The commemorative debate on the ten year anniversary of the Lisbon Treaty, today in the plenary session of the European Parliament meeting in Strasbourg, was an opportunity for Pascal DURAND (Renew Europe, France), spokesperson for the group for Constitutional Affairs, to advocate for an institutional reform of the EU, of which the Conference on the Future of Europe should be the springboard.

"The challenge before us now is no longer the challenge we faced ten years ago," he said. Climate questions, social questions, questions of migration, displacement of populations, questions of democracy, the danger which weighs on our democracies and sometimes even inside the Union, the rule of law, are new subjects. We have to change the rules in a changing world. ”

For Pascal Durand, “We must also change our own rules. We must do it in a democratic logic and with respect for the rule of law. In ten years, citizens, civil society, have entered the public debate. We must now take their expectations into account extremely strongly. We cannot continue the European Union against or without citizens and civil society. We cannot just listen to citizens, we must involve them in our European project. To make sure that, in the 21st century, there is a European citizenship which is taking shape, which is not the sum of the 27 citizenships of the Member States. There is something higher, it is the general European interest. "

“70 years ago another event took place. Sir Winston Churchill spoke to a few hundred from a balcony, here, on Place Kleber. He said these two lines. I would like to quote it to you, because it remains relevant. "The dangers that threaten us are great," he said, "but great also is our strength." There is no reason not to achieve the goal and establish the structure of this united Europe. " This was true 70 years ago, it remains even more true than ever today, "concluded Pascal Durand.