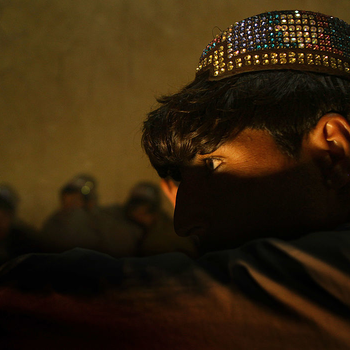 The European Parliament today has adopted an urgency resolution, calling on the Attorney General´s office in Afghanistan to launch an independent an impartial investigation into the allegations of sexual abuse and violence against boys in Logar province. MEPs deplore the widespread and ongoing sexual abuse and slavery of boys in Afghanistan and calls on Afghan central and local authorities to continue active measures in eradicating the bacha bazi practice in the country.

"We were devastated to learn about sexual abuse of children in schools in Logar’s province, including about the attempts to silence human rights defenders, who brought the case to our attention. Our message is clear – the practice of bacha bazi or sexual exploitation of boys by men has to be eradicated in Afghanistan.

With this resolution we call upon Afghan authorities to execute a thorough investigation of events in Logar province and bring those responsible to justice. Moreover, we pledge our support to efforts to promote and protect the rights of children in Afghanistan and to empower civil society actors working to assist the victims and to educate Afghan society on the prohibition of bacha bazi."

According to the UN Assistance Mission in Afghanistan, 136 Afghan boys belonging to at least six schools in Logar province have been sexually abused by a paedophile ring. Part of the investigation has revealed over 100 videos posted online while at least seven boys who appeared in the videos were found dead, of whom five were murdered by their families.