Renew Europe Group: Juan Guaidó, the only legitimate President of the National Assembly and interim president of Venezuela 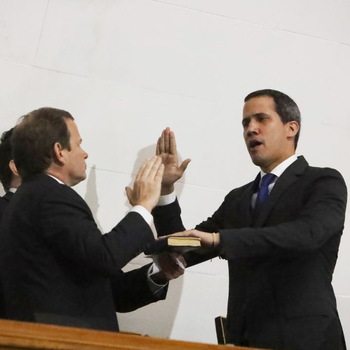 The Renew Europe Group in the European Parliament firmly rejects the decision of Venezuela’s Supreme Court to invalidate Juan Guaidó’s re-election as President of the National Assembly.

The European Parliament had already strongly condemned in a resolution the attempted parliamentary coup, in January 2020, by the Maduro regime and his allies. Several government officials tried to seize control of the Venezuelan National Assembly and to hold an illegitimate vote without a quorum, while security forces loyal to Venezuelan President Nicolás Maduro physically prevented the majority of National Assembly delegates, including Guaidó and members of the opposition, from entering the building for the vote.

“We condemn the decision of the Supreme Court of Venezuela, a puppet institution of the illegitimate regime of Nicolás Maduro. This decision is part of the latest escalation of harassments against the democratic opposition of Venezuela and has the sole purpose of hampering Juan Guaidó’s participation in the likely event of legislative elections this year. This new attack against democracy in Venezuela reinforces once more the need to sharpen sanctions against the members of Maduro’s regime, approved by the European Union. Renew Europe strongly reaffirms its support for Juan Guaidó, the only legitimate interim president of the country.”

“The Maduro regime continues to destroy what is left of democracy in Venezuela. The Venezuelan Supreme Court is controlled by the narco-dictatorship, and this ruling is yet another proof of this. The National Assembly is the only remaining democratic institution in Venezuela, and Juan Guaidó is it's legitimate President. He has our full support.”