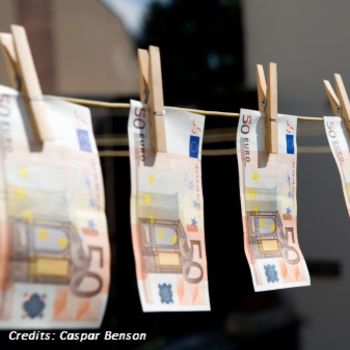 The European Parliament will adopt this Friday a resolution addressing anti-money laundering and the fight against terrorism financing. According to the European Commission, around 1 % – EUR 160 billion – of the Union’s annual gross domestic product is involved in suspect financial activity, such as money laundering, arms and human trafficking, drug dealing, tax evasion and fraud, terrorist financing and other illicit activities which affect EU citizens in their daily lives. A series of scandals, from Luanda Leaks to the Panama Papers, have repeatedly shaken citizens’ trust in our financial and tax systems.

Renew Europe led calls in the resolution to better address the main regulatory challenges that need to be addressed and ask for the following actions: the establishment of the EU supervisory authority on anti-money laundering, the development of a harmonised set of anti-money laundering rules, a European Financial intelligence unit and for the European Public Prosecutor's Office (EPPO) to be strengthened so it can fight money laundering and terrorism financing. The resolution expresses deep concern about the lack of effective supervision, as revealed by the Danske Bank scandal and the recent Wirecard scandal, calling for the EU and the national competent authorities to start an inquiry into the missing EUR 1.9 billion.

Luis Garicano, Renew Europe Coordinator of the Committee on Economic and Monetary Affairs and co-sponsor of the resolution, said:

“Criminals have benefitted from the lack of European solutions for far too long- an estimated 98.9% of the criminal profits in 2010-2014 were not confiscated and remain at the disposal of criminals. This Parliament takes money laundering seriously. Member States and the Commission must take decisive action now.”

Ramona Strugariu, Member of the Civil Liberties, Justice and Home Affairs Committee and co-sponsor of the resolution commented:

"Fighting money laundering and fiscal paradises doesn't only protect our economies, it saves lives and has a huge impact on large communities and whole countries deeply affected by organised crime. After the consecutive failure to transpose previous AML directives, it is high time for an EU regulation, which will ensure a more harmonized set of rules to fight money laundering and terrorist financing. As pointed out in the resolution, this regulation should cover, among others, areas like identification of beneficial owners; a list of obliged entities and their reporting obligations; the framework for cooperation between competent authorities and financial intelligence units; the protection of individuals who report suspicions of money laundering or terrorist financing. We need to translate these priorities into legislation and actively monitor implementation and results."

ECON LIBE The future of Europe