Srebrenica massacre: A history lesson we must never forget 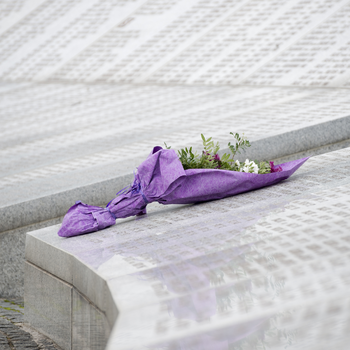 Today, the European Parliament commemorated a quarter of century since 8,000 Muslim men and boys from Srebrenica were slaughtered on the orders of the Bosnian Serb general, Ratko Mladić, convicted for war crimes and crimes against humanity by the International Criminal Court in The Hague.

For the Renew Europe Group this is a tragic history lesson, which must never be forgotten, a terrible example of what hate speech, ethnic segregation and extremism of all kind can do to humanity.

“25 years have passed since the most horrific war crime on European soil after the end of World War II - the Srebrenica genocide. For 25 long years, many families have been living an unrevealed truth and seeking justice - a bare necessary we must guarantee. No one should be given the right to deny the Srebrenica genocide and relativise history. We owe to the victims and their families the pledge that we will do absolutely everything in our power to ensure that such horrific crimes never happen again. The European Union has to be the indisputable guardian of peace and stability in this area!”

“Unfortunately, 25 years after Europe’s worst massacre since World War II, the wounds of Srebrenica have not yet healed. The Srebrenica genocide is a sad story about what extremist nationalism can lead to. With xenophobia, nationalist parties and ethnic conflict resurgent worldwide, the lessons from Bosnia must not be forgotten. Today, we are sending a message to our children that we must fight for freedom, tolerance and respect of human life every day.”

“The Srebrenica tragedy and the genocide, which happened 25 years ago, reminds as all of the bloody and violent past of our continent. However, it is also a reminder to all of us that in terms of basic values and liberties, a strongly based EU, is the fundament of a prosperous, peaceful and democratic future for all of us. For the EU and especially for the nations and countries of the Western Balkans. We must do all that is possible to prevent the nationalistic and populistic ghosts of the past burdening our common European future.”