Nagorno-Karabakh: Renew Europe calls for an immediate ceasefire and dialogue 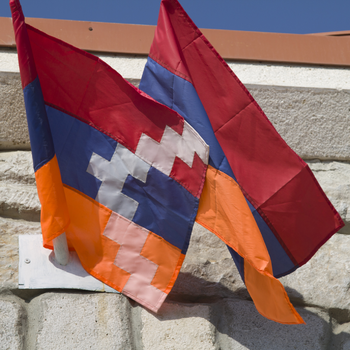 The Renew Europe Group in the European Parliament calls for an immediate ceasefire and de-escalation of hostilities following two days of heavy fighting that erupted on Sunday between Azerbaijani and Armenian military forces over the disputed Nagorno-Karabakh region. Yesterday’s flare-up of a decades-old conflict in the Caucasus has already caused dozens of military and civilian deaths on both sides, in the worst escalation in violence since 2016.

"I deplore the deadly clashes in the Nagorno-Karabakh region. Violence is never a way to resolve disputes. All parties must urgently stop the blame game, end hostilities and return to conflict resolution in the frame of the OSCE Minsk Process".

“The answer to the Nagorno Karabakh conflict has to be sought around the negotiation table in accordance with the norms and principles of international law, not in the battlefield. Any actions of violence and military confrontation must be immediately ceased and the safety of local population ensured. It is important to return to peace talks within the framework of the co-Chairs of the OSCE Minsk Group and the 2009 Basic Principles. The EU should play a more active role in bringing the conflict parties for peace talks and fostering the conflict resolution progress.”