European Parliament continues to lead the way on climate change 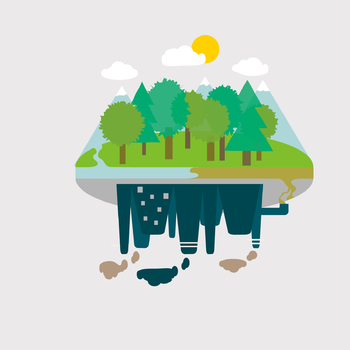 The European Parliament has adopted its position on the new European Climate law, increasing the EU's ambition on tackling climate change and strengthening the tools to get there.

The European Parliament raised the bar on Europe's emissions targets, supporting an amendment to reduce greenhouse gasses by 60% by 2030 compared to 1990, up from the previous target of 40% and higher than the Commission proposal of 55%. This amendment was originally tabled by Renew Members and supported by the Renew Group throughout the process. The new regulation also sets a binding target for the EU as well as every individual member state to reach climate neutrality by 2050 at the latest.

Renew Europe was also instrumental in ensuring a solid governance system that allows the EU and the Member States to reach those ambitious long-term goals. Based on proposals by Renew Europe, the EU's climate policies should be guided by the Union's greenhouse gas budget, which defines the remaining emissions that the EU can emit while respecting the Paris Agreement. The Commission is tasked to revisit EU legislation in all policy areas that impact on greenhouse gasses next year, and to make sure that all future proposals are in line with the Paris Agreement. A new scientific body will be set up to monitor progress.

Renew also highlighted the need for an economic strategy that offers clarity for businesses and turns the transition into an opportunity. The Climate law aims to create the right economic incentives and promote investment and innovation, as well as provide adequate support for regions, sectors and citizens aversely affected. Another Renew Europe initiative was also approved: A new legal framework for climate change adaptation.

Dacian Ciolos, President of Renew Europe, spoke of a major step forward: 'To meet the challenges of climate change, we must transform our economies right now, not in 10 or 15 years' time. Renew Europe is mobilising to push further the ambitions and scope of the Climate law to do just that. We need to break the link between carbon and growth to lay new foundations for a prosperous and sustainable Europe and create new jobs. This should be the purpose of the Green deal and the ambition of the Climate law. The Council must heed our call and show ambition also.'

Shadow rapporteur MEP Nils Torvalds (Svenska folkpartiet, FI), commented: 'I am delighted and, considering all the hard work we have put into the process so far, indeed proud that the European Parliament has now adopted a sufficiently ambitious position on the European Climate Law. By adopting the 60% target for 2030, as well as a new carbon budget, Parliament's position provides a clear and realistic pathway to both climate neutrality and increased European prosperity and competitiveness for the decades to come.'

MEP Pascal Canfin, (Liste Renaissance, FR), added: 'Reaching climate neutrality is the Thirty Years' War of our generation. There is no time to waste because floods, droughts, lower farm yields are already a reality and hurt our people and our economy. The European Parliament shows an ambition to reduce our emissions that no continent has ever before put on the table. This will push the ambition upwards in the European Council.'