Moldova must keep democracy and the rule of law at the heart of its relations with the European Union, to the benefit of its citizens 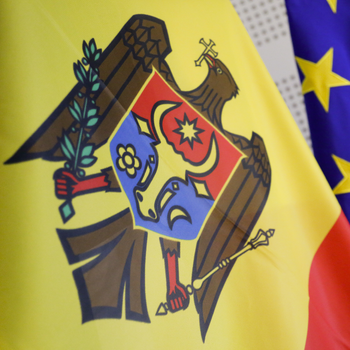 Today the European Parliament adopted its report on the implementation of the EU Association Agreement with the Republic of Moldova by acknowledging a number of reforms in areas including the fight against corruption, the strengthening of the anti-money laundering framework and the adoption of a new law on the activities of NGOs.

According to the report, there are still important sectors which need to be improved and the public sector is one of them. MEPs also expressed their concerns related to the high level of concentration and politicisation of the media and advertising sectors, leading to a low level of public confidence in the media. The report highlighted the need to fight Russian disinformation through fact-based and accessible quality information as well as through public campaigns.

The adopted text deplores the progressive distancing from the European path of the current government in Chișinău and calls on the Moldovan authorities to ensure free and fair presidential elections, scheduled on the 1st of November.

Renew Europe MEP, Dragoş Tudorache (PLUS, Romania), the European Parliament’s rapporteur on Moldova, said his report and the main message that we, as Parliament, send to the Republic of Moldova are precisely about these fundamental choices and values that make us all European:

“The Republic of Moldova delivered on several reforms last year. The report acknowledges those efforts, albeit with an eye to the political instability in the country and the often confusing signals coming from the authorities. Moldova needed to follow through with the concrete institutional and legislative deliverables that were conditional for the second tranche of Macro-Financial Assistance, and, fortunately, it did it.

But the report also ponders on reforms that are not yet complete, where the political will is still faltering or where the administrative capacity is insufficient. Democratic mechanisms require more strength. Civil society needs to be more involved. Above all else, the judiciary must function independently, beyond any suspicion of political bias or outright corruption. For that reason, the Superior Council of Magistracy needs its reform completed. The prosecutors' activity must be freed of interference and undue pressure, including from obsolete legal provisions in the Criminal Code. The banking and financial sectors require transparency, stability, and predictability if trust in Moldova's investment environment is to be sustainable. It cannot be that, several years on, Moldovan people still do not know who is responsible for a fraud of one billion euro from their bank.

The Union and the European Parliament will follow closely reforms that are not yet complete and push for their implementation, because they are essential for the Republic of Moldova and its citizens.”