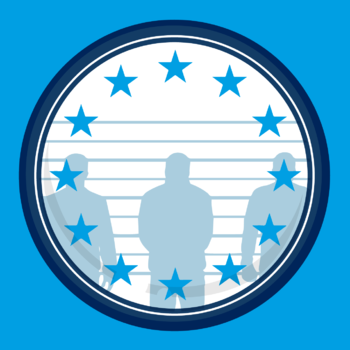 Renew Europe has today called for a more powerful Europol to fight serious organised crime and terrorism, which does not respect internal EU borders. Security is a common challenge for all Member States and to meet this challenge, Renew Europe has adopted a detailed group position paper, containing a series of policy measures to reinforce Europol's powers, strengthen its mandate and increase its resources.

The core mission of Europol - to support Member States law enforcement authorities in cross-border security - can only be fulfilled efficiently when Europol is fully equipped to fight against ever-evolving and new types of crimes and threats. That is why Renew Europe is pushing for the reinforcement of Europol's role in some key areas. It's both about strengthening the already existing core missions, such as the anti-Terrorist Centre and the Cyber Centre, while also upgrading missions within new specific fields, such as fighting radicalisation in the EU and coordination in the event of terrorist attacks.

Moreover, Renew Europe’s priorities for the future Europol includes giving Europol the right to on its own initiative conduct and coordinate cross-border investigations. Further, the strengthening of Europol's role towards the Member States is emphasized, and we advocate that Member States should be obliged to provide Europol with targeted information. Our priorities also include providing Europol with adequate resources, making Europol an expertise hub, creating stronger cooperation with other relevant actors and establishing stronger oversight and data protection safeguards. Through boosting Europol's legal mandate and scope like this, Member States can effectively work together to tackle shared challenges, and we'll increase the capacity to stop cross-border criminals and fight terrorism.

Maite Pagazaurtundúa MEP, Vice-Chair of the Committee on Civil Liberties and co-writer of the position paper, outlines the group’s initiative:
”Europol needs information, and national authorities and private entities must cooperate in a swift and respectful manner to provide it; it also needs to have sufficient resources for the EU to excel in innovation in internal security as it does in defence. To this end the strengthening of the Europol Innovation Laboratory and the creation of synergies with the private sector is essential; it is also essential that Europol and its relations with other international actors (Interpol, Ameripol, Afripol, Aseanpol ...) are used, under the right conditions, to strengthen European geostrategic capabilities.”

Fabienne Keller MEP, Member of the Committee on Civil Liberties and co-writer of the position paper, says:

”Terrorists and criminals are increasingly organised, aggressive and violent. Let us make Europol an even more central player in European security. We want Europol to further strengthen the coordination between national police forces and to assert itself as a centre for analysis and innovation and to better combat new hybrid threats. Towards a European FBI!”

Moritz Körner MEP, Member of the Committee on Civil Liberties and co-writer of the position paper, adds:

”Crime does not stop at the border. Police shouldn't either. Europol must get the right to initiate and execute cross-border cases.”

Morten Petersen MEP, Substitute of the Committee on Civil Liberties and co-writer of the position paper, says: