Europol: Higher level of ambition needed for closer steps towards a "European FBI" 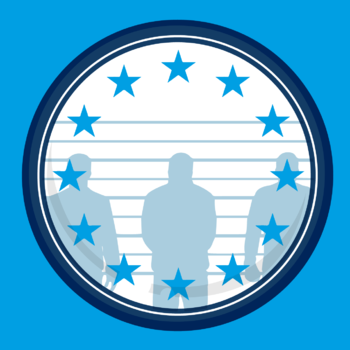 Today, Renew Europe welcomes the Commission's proposal on strengthening Europol's mandate, which reflects some of the priorities outlined in our position paper from last week. Renew Europe is pleased that the proposal seeks to bring improved data protection safeguards and strengthen Europe's role in terms of research, which has been prioritised by our group. Furthermore, our demands on allowing for operational cooperation with third countries and enabling cooperation with private parties, notably regarding the exchange of data, are reflected in the Commission's proposal.

However, Renew Europe regrets that the Commission does not take larger steps to broaden Europol's legal mandate and scope. Our group called for a considerable stronger reform with a higher level of ambition. Going forward, Renew Europe will continue to advocate for reinforcing Europol's powers, strengthening its mandate and increasing its resources to fight cross-border criminals.

Commenting on the Commission's proposal, MEP Maite Pagazaurtundúa, Vice-Chair of the Committee on Civil Liberties and co-writer of the position paper, said:

”Crime has evolved. The most dangerous criminal networks are increasingly transnational. That is why cooperation and collaboration between European countries and police forces is important. Reinforcing Europol's powers implies a commitment to efficiency, because scale allows for cost-effective efforts. Strengthening Europol's mandate and increasing its resources is a necessity for the European society to feel protected and to be protected.”

MEP Fabienne Keller, Member of the Committee on Civil Liberties and co-writer of the position paper, reacted:

”Against the increase in terrorist and criminal acts in Europe, it is essential to adapt Europol's mandate to make it an even more central player in European security. We want Europol to further strengthen the coordination between national police forces and to assert itself as a centre for analysis and innovation. Towards a European FBI!”

MEP Moritz Körner, Member of the Committee on Civil Liberties and co-writer of the position paper, added:

"Criminals do not stop at borders. Police shouldn´t either. We need real European law enforcement, which can act on its own initiative. Europol should have a right to initiate investigations and to pro-actively execute law enforcement activities in the Member States."

MEP Morten Petersen, Substitute on the Committee on Civil Liberties and co-writer of the position paper, summed up with: