A win for Renew Europe: European funds will be conditional on respecting our values 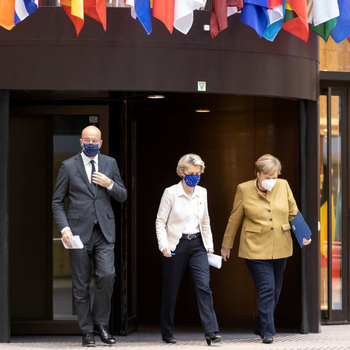 With the deal reached at the EU summit today on the recovery fund, budget and rule of law mechanism, the Hungarian and Polish attempt to blackmail Europe has failed. The Recovery Fund and an ambitious budget moves Europe forward and the agreement of a Rule of Law mechanism is a historic achievement and win for Renew Europe. The Parliament and the Council did not give in to threats. Now it is set in stone; there shall be no more EU money for those who reject our liberal democratic values.

Thanks to the hard work of the Renew Europe family both in the Parliament and in the Council, we have managed to uphold the Rule of Law mechanism, while also making sure citizens in the Member States can benefit from the new recovery funds. Renew Europe will call for commitments from the Commission to comply with the roadmap from the co-legislators in the framework of the rule of law regulation. The new regulation will apply to all EU funds from day one of its entry into force. The Commission must be the guardian of the Treaties and fully respect them. The agreement is due to be endorsed by the European Parliament next week.

”It was finally all a bluff! In the end, the leaders of Poland and Hungary have unblocked the recovery plan to relaunch the European economy exhausted by months of crisis. Citizens, SMEs, farmers and young people: Europe needs these funds more than ever. I welcome the adoption of the Rule of law regulation by the Council, which will now be endorsed by the European Parliament. European funding will be conditional on respect for our values, which is an historic step forward. Europe will no longer finance the political deviations of authoritarian leaders. Renew Europe will ensure that this is the case from 1 January 2021, and will be vigilant to ensure that the Commission fully complies with the roadmap given to it by the co-legislators in the framework of the rule of law regulation.”