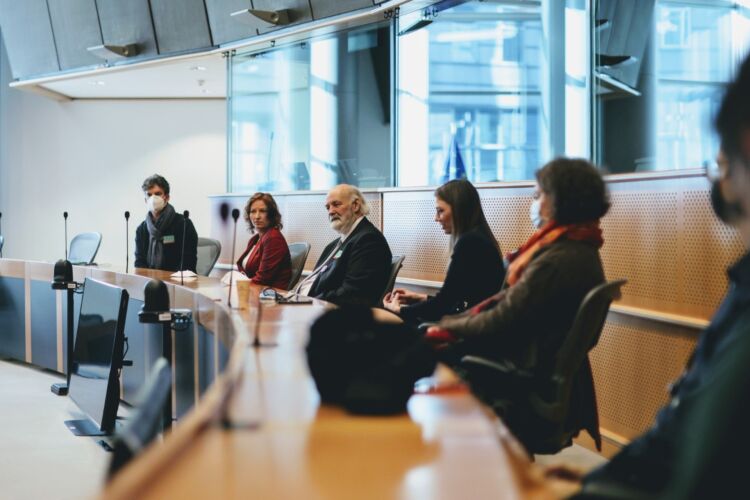 Today, Renew Europe MEPs met Hungarian leader Dr Gábor Iványi, winner of the European Citizen’s Price 2020. What Dr Gabor Ivanyi is suffering in Hungary, because of the Orbán regime, is one example among many others highlighting the corrupt behaviour of the Orbán system.

Leader of OKE (Oltalom Charity) and MET, a Christian community based on Methodist ideals, Dr Gábor Iványi wants to provide schools and homeless shelters in his country. The Fidesz Government considers Dr Gábor Iványi as its enemy and tries to destroy him. Viktor Orbán's behaviour goes against his own country. It is a classical method in the Orbán system that Renew Europe opposes again and again.

Anna Donáth, Renew Europe MEP elected in Hungary and at the initiative of this meeting declared: "Gábor Iványi and the Hungarian Evangelical Brotherhood which he founded, are a beacon of support, helping hand and they give a chance to those whom otherwise would be lost in the system. They help those who need it the most, those who are marginalized, those who have been left by the wayside. He has never given up the fight for justice, for humanity, against all odds he stands tall, withstanding every storms"

We, Renew Europe, will continue our fight against this corrupt regime which puts pressure on the shoulders of civil society and associations to stop them acting for a better future for Hungary. The Orbán regime doesn’t hesitate to crush them by any means.

"It was a true honour to host the Rev. Gábor Iványi, a Christian pastor, today at the European Parliament. His church was one of the 300 religious institutions stripped of legal status by Viktor Orbán— because he is a vocal critic of the inhumane regime. He shared with MEPs how his charities for the most underprivileged are routinely harassed. Gábor Iványi's story reveals the emptiness of Orbán’s Christianity, and has to be heard throughout the EU. We are fighting for political change in Hungary also for him", said Katalin Cesh, chair of the Hungarian delegation in Renew Europe group. After half a year of delay, the Slovenian Government has now nominated two national prosecutors to…
Read more