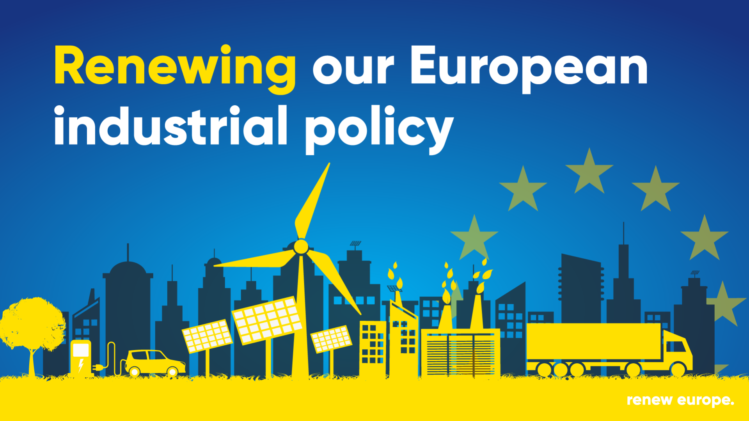 After the lessons learned about the vulnerabilities of the European production model due to the impact of the Covid19 pandemic, Russia’s illegal, unprovoked and unjustified aggression against Ukraine, the nationalistic policies of the US and China and increased global trade disputes, the Renew Europe Group in the European Parliament today outlined its plan for a competitive, productive and innovative industry. We today launch a set of proposals aiming to strengthen our Union's sovereignty, which will boost job creation, a faster environmental friendly transition and increased geopolitical influence.

Renew Europe calls on the European Commission to propose:

These initiatives will be discussed during our New Year event today; “The EU’s capacity to act: building open strategic autonomy”, with the participation of Belgian Prime Minister, Alexander De Croo, Micheál Martin, Tánaiste, Minister for Foreign Affairs and Minister for Defence and the President of the European Council, Charles Michel.

“Open strategic autonomy is the European Union's response to today’s challenges and Renew Europe has a plan to build it, based on three main concepts: openness, autonomy and taking account of geostrategic issues.”

“Other countries are developing different responses. Russia is sinking into expansionist imperialism. China has isolated itself. Others are seeking new alliances of circumstance at the risk of becoming vassals. Europe has chosen a better path to protect our citizens, diversity, businesses and our European way of life.”