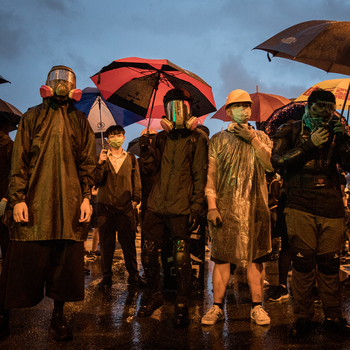 The Renew Europe Group in the European Parliament has today welcomed the decision by the Hong Kong leader, Carrie Lam, to withdraw an extradition bill that has sparked month of demonstrations by pro - democracy campaigners.

The permanent withdrawal of the Fugitive Offenders and Mutual Legal Assistance in Criminal Matters Legislation (Amendment) Bill 2019 was the primary demand of a European Parliament resolution on Hong Kong, adopted by MEPs in July.

“The Renew Europe Group are committed to standing with the people of Hong Kong in their fight for democracy and the maintenance of their fundamental rights. I strongly welcome the withdrawal of this controversial legislation, which is long overdue."

“The Hong Kong Government must now immediately release and drop all charges against peaceful protesters. An independent, impartial investigation into the use of force against democracy campaigners, which the European Parliament has backed, would help close the wounds opened in the past months."

Bernard Guetta MEP, Member of the Committee of Foreign Affairs and the Subcommittee on Human Rights said:

"Common sense and the strive for compromise have reached a fundamental turning point. The authorities of Hong Kong have finally heard the first and completely justified demand of their population. With the support of the presidency of the People's Republic of China a real dialogue must now be opened in order to build a future of liberty, harmony and stability."

"I send my warm congratulations to the people of Hong Kong. Today’s news is a significant step in the right direction & a victory for the power of people. We have proudly stood with them in the past months and they should be proud of the historic role they have played in securing their future. "

"The withdrawal of this legislation was a key demand of the European Parliament. I now hope political protestors will be released & police brutality investigated."