Article 7 procedure against Hungary: Parliament must be heard 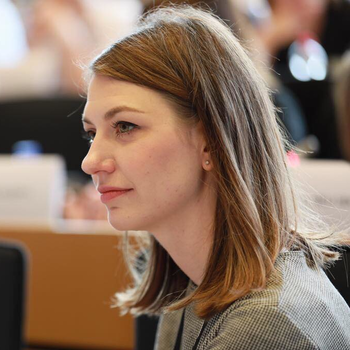 At today's European Council meeting the Finnish presidency has put on the agenda the European Parliament's report concerning the situation of the rule of law in Hungary. The hearing is part of the Article 7 procedure launched by the EU against Hungary, yet no representatives of the Parliament have been invited to attend the meeting. The Renew Europe group condemns this inter-institutional arm-wrestling and demands Parliament's full involvement in this matter.

"The Rule of law and individual rights are a core value for us and this Parliament has shown its ambition to be at the forefront of this battle. It is only right that our institution wants to be fully part of this process at each stage. We should not only have principles but also implement these principles via tangible actions. A clear procedure should be set to guarantee the rule of law and individual rights in all Member States."

"Parliament’s report made it clear: Orban is destroying Hungary before our eyes. He is chasing away universities, attacking NGOs, the rights of women, the homeless and refugees. He is out to undo the EU’s greatest historic achievement: Europe as the continent where citizens enjoy democracy, rule of law and fundamental rights. One year after the European Parliament started the Article 7 procedure against Orban's Fidesz-government, the Council now finally starts to discuss it. While Parliament acted, the Member States did all they could to avoid dealing with it. The Renew Europe group will always defend these values as the core of our common European identity. It is clear that the EPP put in place a fake suspension of Orban's Fidesz party for the purposes of the European elections only and now they're back at the helm of the EPP again."

"Today the European Parliament was not invited to the Council hearing due to pressure from the Hungarian government. Viktor Orban's politics is based on misleading Members and officials in Brussels while lying about the European Union on billboards all across Hungary. Now they want to keep misleading the Council. We have the right to know what is really happening in the Council, because it is a public matter that concerns all European citizens, especially Hungarians. Parliament must be represented throughout in the process!"