US-Iran crisis: Renew Europe Group calls for a diplomatic solution and for a tangible European policy on Middle East 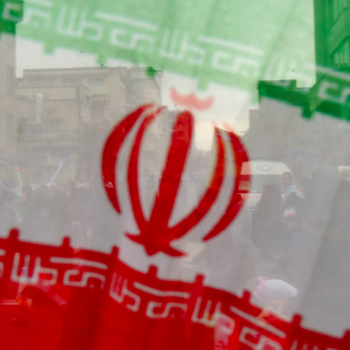 Today MEPs debated in plenary the situation in Iran following the death of Qassem Soleimani, one of the country’s military leaders, in a US airstrike, earlier this month, which raised tensions to new levels. The Renew Europe Group in the European Parliament calls on all actors in the region to sit at the negotiating table and let diplomacy prevail. At the same time, the European Union must play its role in the Middle East, not only when it comes to the Joint Comprehensive Plan of Action, the agreement meant to keep Iran’s nuclear programme peaceful, but also at a broader level.

"The situation in Iran has once again shown us that in a globalised world, foreign policy and defense are not a luxury, not something extra or nice to have. It is desperately needed if the EU wants to protect its interests, both abroad and at home. The security of our citizens is directly affected by the situation in the Middle East. There is a clear risk of nuclear proliferation in our backyard and even passenger planes are being shot down. It has become obvious that Europe needs to have a role in the Middle East. We count on our High Representative to develop a tangible Middle East policy, one that includes the JCPOA but goes far beyond that."

“The E3 initiation of the JCPOA dispute process deserves cautious welcome. Rules-based diplomacy is always better than random insults and threats on Twitter. The British Prime Minister has just called for the replacement of the Iran peace deal with a ‘Trump deal’, contradicting his own Foreign Secretary who says the UK is still committed to the JCPOA.

I hope we all are and that the EU will now play a more active role in de-escalating tensions, and in particular encouraging understanding on all sides of the need for parliamentarians and protesters in Iran and Iraq to have their say without fear of reprisals or disproportionate response.”

“It is time to go back to diplomacy. It is time for Europe to have its voice heard, the voice of wisdom and to recall its priorities: nuclear non-proliferation and the fight against ISIS, which are left behind in the current crisis. Let’s stop being powerless witnesses of a powder keg in our backyard.”