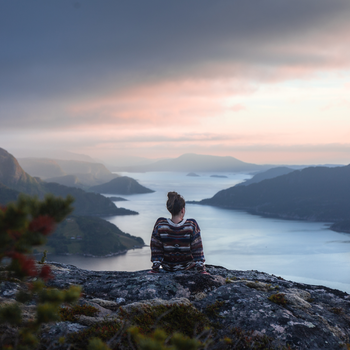 The European Parliament will adopt its position today for the UN biodiversity conference (COP15) to be held later this year in China. Renew Europe pushed to make a strong call for legally binding targets at global and EU level to increase ambition and ensure that post-2020 action on global biodiversity will be effective. Previous targets largely have not been met which means the worldwide loss of biodiversity continues at a dramatic pace further exacerbated by the effects of climate change. After recently declaring a state of climate emergency, today the Parliament considers that we are facing an environmental emergency too. For our group, only through credible actions on biodiversity conservation and restoration can the EU meet its targets and stop the current trajectory of biodiversity loss.

The resolution calls on the von der Leyen Commission to move away from voluntary commitments and to propose an ambitious and inclusive Biodiversity Strategy for 2030 that sets legally binding targets for the EU and its Member States. Concretely, MEPs expect the EU to make nature protection and restoration a top priority in the European Green Deal alongside climate change, and to restore at least 30% of degraded ecosystems by 2030. Renew Europe stresses that only through a holistic approach – including sustainable agricultural, fisheries and forestry practices – and by bringing together biodiversity protection and climate protection can we safeguard biodiversity and assure a thriving bioeconomy for future generations.

Soraya Rodriguez MEP (Ciudadanos, Spain) leading the negotiations on the text on Renew Europe's behalf commented ahead of the vote:

The actions we commit to today for the coming decade will be decisive in reversing the environmental deterioration of the planet. Europe and the world is facing unprecedented levels of biodiversity loss, and the number of endangered species today is greater than at any time in the history of mankind. In fact, there is evidence that the sixth mass extinction of biodiversity is underway - confirmed by the European Environment Agency.

Globally, around 75% of the Earth's environment and 40% of the marine environment are currently severely altered.

Today we still have the opportunity and the responsibility to reverse all these trends. That is why we call on the Commission to present a truly ambitious Biodiversity Strategy for 2030, and lead the way in the negotiations towards the COP 15 in China this year. This strategy must include binding conservation and protection objectives at domestic level, and reflect these same objectives worldwide. We also ask the Commission to increase resources for financing biodiversity. We cannot deliver on our climate and environmental commitments while decreasing funding for biodiversity."