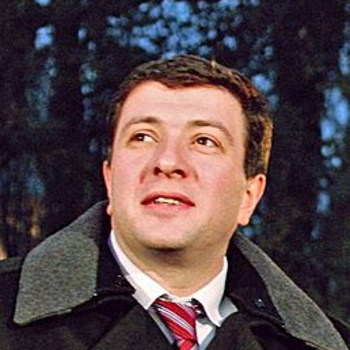 The Renew Europe Group in the European Parliament condemns the sentencing of the Georgian opposition leader, Gigi Ugulava, to 38 months in prison for an old offence, for which he has already served time. This is a very worrying sign of the backsliding on Georgia’s commitments to build democratic institutions in the country, as courts cannot be used to silence political opponents. This goes against the obligations taken on by Georgia under the Association Agreement to ensure judicial independence, fair trials and uphold the rule of law.

“After the recent imprisonment of Georgian opposition leader Gigi Ugulava, we are concerned about Georgia’s democratic backsliding, especially because not a long time ago the country was a frontrunner of the EU Eastern Partnership policy. We urge the ruling Georgian Dream party and its founder Bidzina Ivanishvili to demonstrate good will and openness and to fully engage into a political dialogue with the opposition.”

“The new verdict against Gigi Ugulava comes after the crackdown on civic protests last November. When we were attending the EURONEST Parliamentary Assembly in Tibilisi in December, we were handed a list of 80 opposition members who had been arrested. We need to be firm with the Georgian authorities and make it very clear that the current situation is unacceptable. Opposition voices must not be silenced and reforms, especially on important issues such as the electoral law, must be conducted through dialogue. We were assured by the ruling party that this dialogue will be possible, during the Euronest assembly in Georgia. The latest events, I am afraid, suggest the contrary and deteriorate conditions for the continuation of a proper dialogue with the European institutions as well.”

"It is disturbing to hear that a political figure can be jailed in Georgia because Georgia is not a dictatorship but a democracy, a friend we want to support. Don't let us lose hope in you."

"The independence of the judiciary is an integral part of a democratic society, and there is dire need to take these allegations seriously, to ensure the functioning of the rule of law in Georgia and rebuild people’s trust towards the justice system. I hope the relationship between the European Union and Georgia will remain close and that we can continue to work towards strengthening democracy and the rule of law in Georgia, but we in the European Parliament will continue to follow further developments closely."