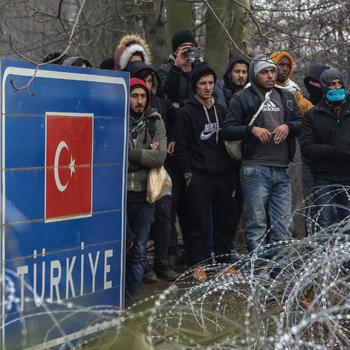 In light of the conclusions of the meeting of the EU Foreign affairs Council, and following the last developments both at the EU external border and in Syria, Dacian CIOLOȘ, reacted on behalf of the Renew Europe Group:

"The current migration crisis was to be expected, unfortunately. Since the last crisis, our Union has failed to act. When I was Council member in 2016 as Prime Minister, discussions on Asylum & Migration policy were exactly the same as they are today. For Renew Europe, it is not acceptable that no progress has been made since then. We should reach conclusions. Solutions are based on unity and solidarity. Let's put them into action with a common and comprehensive EU approach.

The sinister trigger of the current crisis is the situation in Syria, where the Assad regime, backed by Russia and Iran, launched a horrific military offensive in the Ildib region. We consider as encouraging that those responsible for the humanitarian crisis in the Idlib region have now agreed to a ceasefire. We urge the parties to the conflict to respect it and to allow humanitarian assistance to reach those in need. In the days and weeks to come, the EU should play a leading role in brokering a sustainable peaceful solution to the Syria conflict. We welcome the Foreign Affairs Council conclusions in this respect and expect concrete steps in the following days and weeks from the EU at the UN and NATO level in favour of a de-escalation and a long-lasting ceasefire.

Reacting to the current crisis at the EU's external borders where more than 10,000 migrants have reached Turkey's land border with Greece and Bulgaria, Renew Europe is calling for full solidarity with the two countries, and calls on the EU to provide all necessary support via the deployment of sufficient Frontex staff and resources. We must also provide sufficient humanitarian aid based on the needs Greece and Bulgaria have in this respect. We take note of the financial assistance offer made to Greece and expect more details so the European Parliament’s budget authority can fulfil its role.

We emphasise our unrelenting solidarity with refugees, who find themselves in a desperate situation and whose rights should be respected. The border authorities should refrain from any violence, Frontex should report any violations it is aware of.

While the EU must cooperate with third countries in the context of managing migration, including Turkey, it should never be exposed to blackmail.

In this context we are glad that President Michel and High Representative Borrell engaged with President Erdogan with a clear message on behalf of the Union: Turkey must not open up its borders and use refugees as a bargaining chip. This is why the EU and Turkey need a new balanced and formal EU-Turkey international agreement under EU law which can be scrutinized by the European Parliament. Furthermore Turkey and the EU must work together to address the humanitarian crisis in the no man's land between Turkey and Greece, organising the swift evacuation of those currently stuck there back to Turkey. EU Member States should also show solidarity and implement resettlement from Turkey.

As we have pointed out repeatedly, the Council did not make use of the time it bought over the past four years. We urgently need a sustainable approach to our external borders and EU migration and asylum policies, meaning we finally put in place a functioning Common European Asylum System. Renew Europe has provided the building blocks for this with its vision on Europe's migration and asylum policy. We cannot sit on our hands until the next crises occurs. In this regard we call on the European Commission to launch the Pact on Migration and Asylum without further delay, building on the work already done in the past parliamentary mandate."