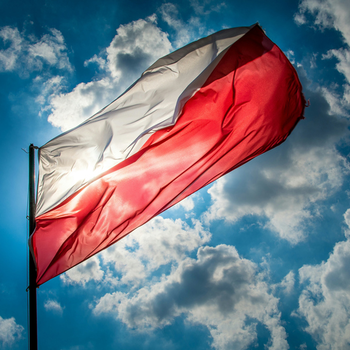 The Renew Europe group held an online exchange of views today with Věra Jourová, European Commission Vice-President for Values and Transparency, and Didier Reynders, European Commissioner for Justice to discuss the latest developments regarding the state of democracy and the rule of law in various member states and the related conditionality aspects of the upcoming EU budget for the next 7 years. Renew Europe welcomes the Commission's decision today to start infringement procedures against the Polish government with the aim of safeguarding judicial independence in country and expressed deep concerns on the decision of the Polish government of maintaining presidential elections on the 10th May with a reform of the electoral law deemed unconstitutional in itself.

"Worryingly, Poland has turned a dangerous corner, by taking concerted measures to politicise the legal system of their country. This goes against the fundamentals of the rule of law whose cornerstone is a free and fair judiciary. This step of another infringement procedure against Poland was sadly very necessary and I applaud Commissioners Jourova and Reynders for advocating this.”

“Renew Europe is at the forefront of defending the rule of law and will do all it can to ensure that the EU remains a community of values. The EU should make full use of the tools at its disposal to safeguard democracy and guarantee the respect of the rule of law under all circumstances including making EU funding conditional on adherence to this principle. Furthermore, we are also concerned about potentially regressive legislation that would restrict sexual and reproductive health and rights, as well as sexual education for children.”

“We will continue to monitor the situation in Poland closely, its citizens deserve better and we intend to keep pressure on the Council and the Commission to respond adequately and swiftly.”

"The Commission’s decision to launch infringement proceedings in the case of the “muzzle law” is an important one. In a community based on the rule of law, blatant violations of judicial independence cannot go unchallenged. The Commission should bring further actions in the near future to ensure that all rulings of the European Court of Justice are complied with.

I also hope to see the Commission act faster during this unprecedented rule of law crisis. Time is of the essence, especially in Poland, which is fast approaching a point of no return when it comes to political capture of the judiciary. This is also a critical moment for the President of the Commission to exercise stronger political leadership in response to the rule of crisis in the EU."