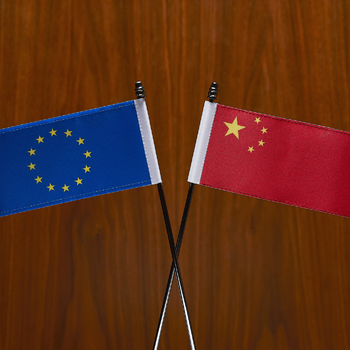 Today, the Renew Europe Group in the European Parliament expressed its concerns on the censorship of the joint Op-Ed marking the 45th anniversary of EU–China relations on May 6 in the China Daily by addressing the issue in a letter sent to HRVP Josep Borrell.

The letter, initiated by MEP Hilde Vautmans, Renew Europe Group’s Coordinator in the Foreign Affairs Committee and AFET rapporteur on the foreign policy consequences of the COVID-19 outbreak and by MEP Nathalie Loiseau, Chair of the Subcommittee on Security and Defence, outlines the way in which the EEAS is engaging with its Chinese counterparts and dealing with diplomatic pressure from Chinese official authorities.

Renew Europe MEPs deplore the EEAS’ decision to publish in the media a text censored by the Chinese government and urges HRVP Borrell to ask for full transparency from China and convey the message that the European Union will always stand up for universal freedoms.

“We certainly recognise the strategic importance of engaging with China and its people. However, by bowing to Chinese pressure we send out the message that the EEAS is not willing to defend our European values such as press freedom and the freedom of speech.

Instead of taking an overtly apologetic approach towards the Chinese Communist Party, we urge you to ask for full transparency from China and convey the message that the European Union will always stand up for universal freedoms.

We urge you to support the calls for an independent investigation into the origins of the Corona virus and we encourage you to stress to the Chinese authorities to fully cooperate with this investigation. Furthermore, the situation of the Chinese Corona whistle blowers who disappeared should be clarified. Lastly, we reiterate our demand for an official condemnation of the Chinese crackdown in Hong Kong against the pro-democracy movement.”