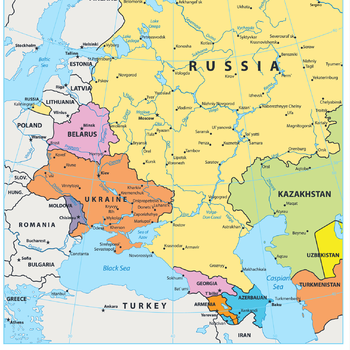 The European Parliament's Committee on Foreign Affairs today approved the Recommendation on the Eastern Partnership, in the run-up to the June 2020 Summit, by acknowledging the achievements made by the six countries of the EaP, while also highlighting shortcomings.

The report calls for a deeper political dialogue and cooperation with Georgia, the Republic of Moldova and Ukraine. It stresses the importance of further economic cooperation and market integration, addresses the high unemployment and emigration rates in the EaP countries, reiterates the EU's commitment to their sovereignty, territorial integrity and political independence.

The text also underlines the importance to develop the capacities of local authorities and provides numerous suggestions for further empowerment and inclusion of the civil society in the reform processes.

Finally, the recommendation pays attention to the challenges facing the media sector, including the safety of journalists, opinion makers and dissident voices, and calls for actions to support and strengthen the media landscape in the Eastern Partnership countries.

“The neighbourhood of the European Union, in particular the Eastern flank, constitute an essential element of the Union’s foreign and security policy. The European Union needs a strategic vision for our Eastern partners, which should be inclusive, based on mutual interest and understanding, with shared ownership and responsibility, differentiation and conditionality. The European Parliament’s report presents a strategic input, which offers to our Eastern partners such partnership and integration, and leads to further Europeanization based on their European aspirations.” White smoke for EU budget 2023: 1 billion more for our citizens secured by the European Parliament