Disinformation: Europe must end its naivety and respond to the scale of the threat 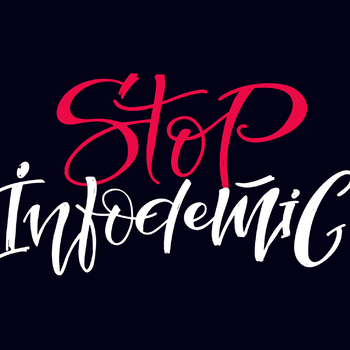 The Renew Europe Group in the European Parliament welcomes the European Commission’s communication on tackling COVID-19 disinformation today, but stresses that much more must urgently be done in order to combat structured manipulative actions, including waves of state-sponsored disinformation coming from Russia, China and hostile non - state actors.

Full transparency on who is behind disinformation, support for media pluralism and organisations fighting disinformation and effective regulation of internet platforms are some of the best medicines against infodemics. Those who wish to divide our communities and undermine our democracies should face dissuasive consequences.

Renew Europe Group’s leader, Dacian Cioloş (PLUS, Romania) said it is time to put an end to Europe's naivety and to actively fight disinformation, fake news and anti-European propaganda, which can seriously endanger our health, sovereignty and democracies

“Today’s communication of the Commission is welcome but should only be a first step, in line with the demands the Renew Europe Group has made since the beginning of the COVID-19 crisis. More action is needed to build resilience in our democracies and efficiently silence disinformation.

Facebook, Twitter and all digital platforms have a responsibility, but the EU institutions and member states as well. We need a Digital Act and an Action Plan for Democracy that integrates the challenge of infodemics and also increased resources to efficiently protect European democracies, freedom of expression, and enhanced support for independent media and journalism.

A geopolitical Commission is also a Commission that prioritises the fight disinformation with all available weapons in an open and transparent manner. Closing our eyes to state-sponsored disinformation and foreign interference from third countries cannot be an option. We need to protect ourselves by acting together as a Union to confront those who wish to undermine us.”

"Targeted disinformation campaigns with the intent to divide, deceive and cause public harm, pose a serious threat to our citizens, society and values. I am pleased the European Commission is sharply turning its attention to this growing threat. It is important we now step up efforts to identify and expose the actors behind these threats and impose costs on them. Only when we make it less profitable for foreign actors to attempt unacceptable interference operations, will we be able to fight disinformation effectively."

"Disinformation strategies produce lies in an industrial way in these times of digital revolution. They use the Internet as a battlefield to extinguish freedom of thought, by intoxicating citizens and turning them into lie addicts and haters. Lies and hatred are two poisons against ideological pluralism, against the democratic rule of law. They are food for arbitrary and despotic regimes, which is why we are going to dismantle every mechanism of this kind of plot. A quality media ecosystem, free from the pressure of authoritarian regimes, oligarchs or foreign influence, is the key to defending the interests of the EU and its citizens."

The Renew Europe Group will soon release its own proposals to tackle disinformation and fight against infodemics.