Brexit: Renew Europe Group demands robust level playing field, UK to uphold the commitments it made in the political declaration. 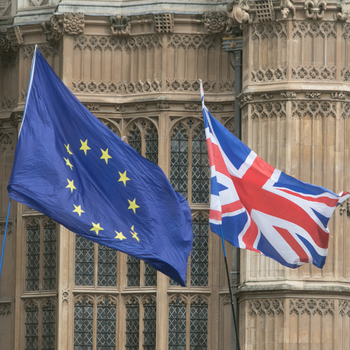 A joint meeting of the European Parliament's Foreign Affairs and the Trade Committee today adopted a resolution on Brexit, in which MEPs set out a number of key red lines in the talks and outline their priorities regarding the nature of the future partnership currently being negotiated between the UK and the EU. Members of the Renew Europe Group played a key role in shaping the substance of the report.

In line with the political declaration agreed by Boris Johnson and the European Union, the resolution makes the consent of the European Parliament for any trade deal and future partnership contingent on the agreement of a robust level playing field, which must be adapted over time, covering environmental standards, state aid, labour and social rights.

Nathalie Loiseau MEP, a member of the UK Coordination Group and joint shadow rapporteur for Renew Europe on the resolution reacted today:

"Today the UK confirmed that the transition period will end at the end of this year. We have therefore little time to reach an agreement. It is up to the British authorities to make a crucial choice: either they build on the political declaration which they negotiated and agreed and they engage in a realistic approach which will allow for an ambitious partnership. Or, they turn their back from their closest and best allies and choose isolation and a cliff edge. We would definitely regret it. But today’s vote confirms that we are committed to protect the interest of the Europeans and that we remain willing to share high living standards with our British friends. The choice is theirs. "

"With this resolution we express our ambition to build a durable future partnership with the UK in order to maintain fair competition for our European businesses, a robust framework for state aid control and a balance of rights and obligations that reflects the UK’s integration and proximity to the European Union. Having said that, we are also very clear about the fact that the UK government cannot expect to have more rights and less obligations than an EU Member State.”

With the UK as a longstanding trading partner, businesses across Europe wish to see the least possible friction in trade between us. That is and will remain our ambition. But such ambition comes at a price. A level playing field has to be the basis on which we build a future relationship with the UK. As time is starting to run out, let’s start making real progress in the negotiations and avoid a hard Brexit, which is in all of our best interest.”

"We need to see real movement from the UK Government now, if there is any hope of finding a possible landing zone in the coming weeks. The EU’s offer is for an unprecedented long-term partnership that reflects the interests of both sides and the European Parliament fully supports it. As this resolution makes clear, we will not sign up to a deal that damages our industries or our citizens. The UK still wants the best of both worlds, but Brexit comes with consequences."