Conference on the Future of Europe: the time for procrastination is over. 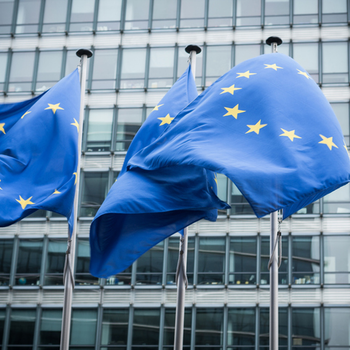 On the eve of the European Council, the European Parliament, meeting in plenary session in Brussels, urges the EU Heads of State and Government to convene a Conference on the future of the Europe in autumn 2020 at the latest, in order to better prepare it institutionally for the challenges of the 21st century.

Dacian Ciolos, President of the Renew Europe group, which took an active part in drawing up Parliament's position on this crucial subject, with a view to reach an agreement with the Council before the summer break, says: “From the beginning of the legislature, Renew Europe has started its reflection on the future of Europe and made it a political priority. The terrible health crisis we are experiencing, and the no less terrible economic crisis that we are going to experience, makes this reflection more necessary than ever. Our citizens expect a lot from Europe. They would like an agile, reactive Europe, including issues which today are beyond its competence, such as health policy. The principle of a Conference on the future of Europe has already been agreed. It is time for the Council to make this commitment concrete, which, for Renew Europe, means the widest possible involvement of citizens”.

Guy VERHOFSTADT, spokesperson for Renew Europe on this issue, and co-signatory of the resolution, comments before the debate tonight and the vote tomorrow, for which a very large majority of the five groups involved is expected: "Long before the Covid crisis, it was clear that Europe was not institutionally armed to respond to the new world order as it emerged from the confrontation between the United States and China. The chaotic management by the EU of this health crisis has only confirmed its structural unpreparedness to face a major shock, even if the Commission has done its best to support the disrepair of the Council. There is therefore a risk of being marginalised in the coming world and incapable of defending the collective interests of Europeans. It is no longer time to procrastinate when the future of Europe is at stake. The European Council must imperatively take a stand and convene this Conference, which has been announced many times. Our fellow citizens aspire for the debate to open and for solutions to be found so that Europe retains its rank in this century "

Pascal DURAND (France, Renaissance), coordinator of Renew Europe within the Parliamentary Committee on Constitutional Affairs (AFCO), concludes: " Unfortunately, the COVID-19 crisis has illustrated and reinforced the need to implement the reforms necessary for the democratic, institutional and political overhaul of our Union. This is not a federalist utopia but an urgent necessity in order to be able to act at Union level on essential subjects whose solutions go beyond national borders. Our message is simple today: we urge the Council, and therefore the Member States, to accept the start of the Conference without delay. Hundreds of millions of European citizens need it. "