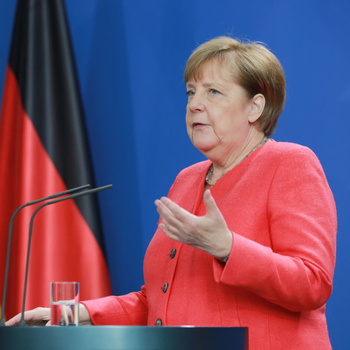 The Renew Europe Group in the European Parliament has called on the German Presidency, which starts tomorrow, 1st July, to act boldly to deliver a decisive and inclusive economic recovery when it takes up the EU presidency tomorrow, underpinned by real investment that can deliver transformational change.

Renew Europe warns that the pressing need for urgent action to tackle the COVID19 pandemic and its economic consequences, which are profound, shows the need to also step up our actions to tackle the Climate Emergency, Europe’s rule of law crisis and involve EU citizens concerning the reform and reinvention of the EU itself. Renew Europe firmly believes that, in a world of shifting power blocs, the Union must become more geopolitical and act decisively.

Commenting on the start of the German Presidency of the European Union, Dacian Cioloş, President of Renew Europe, said:

“The next six months will be a critical period for the EU. Many jobs and livelihoods will depend on Chancellor Angela Merkel’s willingness to show leadership during the German EU presidency and of all partners to show they believe in a European future. It is time for the engine of European integration to roar into life and embark the EU as a whole in a new dynamic.”

“While we must act now to save jobs and livelihoods for our citizens and SMEs, we cannot take our eye off the ball of the generational necessity of addressing the climate emergency and engaging with citizens - through a conference on the future of Europe - to build back stronger, from the bottom up. Europe faces a rule of law crisis, so we need conditionality when it comes to common expenditure, based on enforceable criteria. We cannot allow those who trash our values to prosper the most financially from the solidarity of others.”

“In a world where President Xi of China acts to remove the rights of millions at a whim and the President of the United States seemingly wants to withdraw from the international order, the EU must become a global voice for democracy - but this also requires reform and unity. Renew Europe will be a partner with those who are committed to building a brighter, more inclusive future - the window of opportunity to secure real reform is small, but we must take it.”