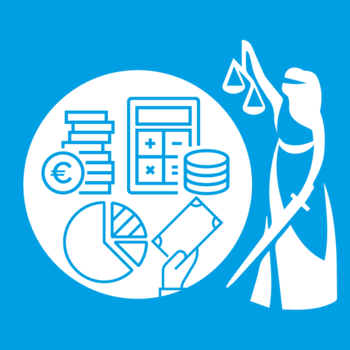 The Renew Europe Group in the European Parliament has today agreed on a series of concrete and impartial measures it wants to be furthered, to ensure that EU solidarity and the common financing of projects is underpinned by respect for democracy, fundamental rights and the rule of law. In cases of gross violations, EU programmes should benefit the citizens of Europe directly.

In a paper, ‘Smart conditionality: how the European Commission could centrally manage EU funds through direct and indirect management’, Renew Europe advocates for true European values to be put at the heart of the EU budget by introducing a rule of law mechanism clause applied to the whole 2021-2027 MFF. In light of the backsliding of the rule of law and attacks on democratic institutions, most notably in Poland and Hungary, Renew Europe believes that safeguards are needed to ensure that Governments, which jettison EU values, cannot use EU funding to reward themselves.

To discourage Member State Governments from violating the rule of law; Renew outlines the possibility for the European Commission to temporarily, directly - or indirectly - manage funds with recipients without the involvement of the national government, as is already the case with some EU funds. A strong monitoring mechanism is necessary, along with the adoption of a measures outlined in the EP own-initiative report on the “Democracy, Rule of Law and Fundamental Rights Pact” (DRF Pact).

Renew Europe is clear that conditionality must not remove funding or opportunities from beneficiaries and EU citizens directly. Local authorities, NGOs, civil society organisations, or SMEs should not suffer as a result of the actions of their own Government. Ahead of important discussions in the European Council next week, Renew again highlights that any sanctions proposed by the European Commission must be adopted by reverse qualified majority voting (RQMV) in the Council; meaning that the Commission proposal is deemed adopted unless a qualified majority rejects it. Renew Europe will not support a MFF proposal that does not include a Rule of Law conditionality and strong new own resources.

"Renew Europe is leading the fight to tackle the rule of law crisis engulfing Europe - this is an innovative plan to reform and safeguard the operation of commonly financed programmes in the EU to ensure they benefit the citizens directly, when required. This plan takes away hurdles for the Council to adopt the Rule of Law Regulation for the MFF. For far too long, Governments in Poland, Hungary and elsewhere have benefitted from EU solidarity, while rejecting European values. The EU is not an ATM, it is a community of values driven by the needs of our citizens. European solidarity - ultimately financed by the citizens of Europe - must be conditional on respect for core principles. Europe cannot finance illiberal anti-democratic regimes whether they are outside or inside the EU."

"How can we trust governments that misuse their power, do not respect EU values and fuel corruption to spend EU money effectively? The answer is simple: we cannot. Our proposal makes sure that final beneficiaries - people, local authorities, NGOs, civil society organisations, SMEs - do not suffer the consequences by allowing them to apply for funds directly. This will not only ensure that EU programs will finally reach their intended destinations, but they will also benefit a broader group of citizens."

Sandro Gozi MEP, co - author of the paper and a member of the European Parliament’s AFCO and REGI Committees said:

"We must put our real values at the heart of the EU budget. Smart conditionality is all about protecting and supporting European citizens against authoritarian drifts. It would allow citizens to continue to benefit from EU funding when they need it most: i.e. when their national government is baffling fundamental rights or undermining the rule of law. Citizens, NGOs, cities and civil society cannot be the ones punished for a government’s actions, and smart conditionality would allow the European Commission to centrally manage EU funds for a specific time-period to ensure that EU projects continue.

This paper is meant to complement the Commission’s proposal on protecting EU funds in case of generalised rule of law deficiencies in Member States, and also strengthen the upcoming conditionality provisions included in the next EU Multiannual Financial Framework for 2021-2027."

Please find attached the paper ‘Smart conditionality: how the European Commission could centrally manage EU funds through direct and indirect management’, which was adopted by the Renew Europe Group on the 7th July.