Eurogroup President: Renew Europe calls on Paschal Donohoe to enhance transparency, accountability and to fight for the Eurozone and the EU as a whole 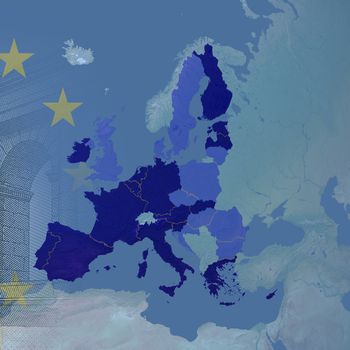 Dacian Cioloş, President of Renew Europe and Luís Garicano, Coordinator for Renew Europe on the European Parliament’s Economic Affairs Committee, have this evening responded to the news of the election, by EU finance ministers, of Paschal Donohoe as the new President of the Eurogroup.

Renew Europe believes that increased accountability and transparency is crucial. The new President must fight for the interests of the Eurozone and the Union as a whole.

Renew Europe therefore calls on Paschal Donohoe to increase the Eurogroup’s transparency, so that citizens know what their representatives are saying on their behalf. Renew Europe calls for the minutes of Eurogroup meetings to be recorded and published.

Secondly, Renew Europe calls for the Eurogroup’s accountability to be improved. Paschal Donohoe is invited to immediately reach out to the president of the European Parliament to establish a working relationship with Europe’s elected representatives. Lastly, Renew Europe calls on the newly elected Eurogroup President to commit to engaging with the forthcoming Conference on the Future of Europe on reform of the Eurogroup itself.

“I congratulate Paschal Donohoe on his election. We are living in challenging times as the EU is facing a major economic crisis. As President of the Eurogroup, Mr Donohoe will have to play a major role in ensuring that we overcome these difficult times while at the same time enabling the digital and environmental transitions. It is key that we have a Eurogroup president that shows ambition and conveys a message of hope while managing to overcome any potential divisions. The upcoming conference on the Future of Europe will play an important role in deepening furthermore the economic and monetary union. We count on Mr Donohoe to fully contribute to the work, including on the necessity to increase Eurogroup’s accountability and transparency. It is vital the doors of the Eurogroup are flung open to the citizens of Europe.”

"Renew Europe looks forward to working together with Paschal Donohoe to implement an ambitious recovery strategy for the EU. I also hope that Mr Paschal Donohoe will collaborate closely with the Parliament to make sure the Eurogroup becomes more democratically accountable and its work more transparent. There are simple steps that can be taken immediately to open up the work of the Eurogroup to the citizens of Europe.

“I call on Paschal Donohoe to engage positively with the upcoming Conference on the Future of Europe to look at how much needed long term reform can be achieved. Article 10 of the Treaty of the European Union is clear: the functioning of the Union shall be founded on representative democracy. We are clear the Eurogroup should be no exception.”

ECON The future of Europe Leader Press releases and news