MFF & NextGenerationEU must reflect our values, our vision and our ambition 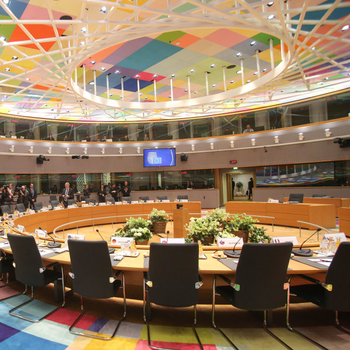 The negotiations taking place this weekend among EU-leaders on the budget for the next seven years and a Recovery Fund are crucial. The combined figures might be impressive — a trillion euro budget turbocharged by a 750bn Recovery Fund. But if we look closer, this is a small EU budget. The Recovery Fund, which is an unprecedented move for Europe, proposed initially by Renew Europe, is a much needed cash injection into the economy, for the next two to three years. Nevertheless, after 2023, we cannot afford to have a weak MFF. Renew Europe's message is simple: be ambitious and modernise, modernise, modernise!

The EU has long-standing policies to honour and reform, but also new priorities — the digital and green transition, the youth, innovation, defence, asylum and border control.

Dacian Cioloș, President of Renew Europe said: « This summit is our chance to put Europe back on track. We must seize this opportunity to renew Europe, make it fit for the challenges of the 21st century, building on a common vision, ambition and more importantly, on our values. European public policies shouldn’t be seen through the Excel Sheets of narrow national interests. Programmes with a strong EU added value should be ring-fenced, in particular those benefiting to the young generation."

On own resources, Renew Europe recalls that EU debt is no different than any other debt: it needs to be paid back. Therefore, Renew calls for a clear agreement to create new EU-wide revenues (“own resources”). This would not only save national treasuries money and mean less national transfers from capitals into the EU budget, it would also lower taxes on European households.

“The money to kick-start the economy should be found in the pockets of big polluters, tech giants and tax dodgers. Renew Europe wants at least two new own resources to be introduced as soon as January 2021, including the digital tax or ETS, and a clear, rock-solid and legally binding timeline to introduce new ones, such as the carbon border adjustment mechanism as soon as 2022. Renew Europe will not approve the MFF without robust new own resources” said Valérie Hayer, Parliament’s rapporteur on own resources and member of the EP Negotiating Team on the next MFF.

Renew Europe want EU money to be conditioned on the respect of the Rule of Law. The European Commission had proposed a mechanism to protect the EU budget and impose budgetary sanctions when a government arbitrarily exercises power. These sanctions shouldn’t be at the mercy of a veto. Instead, Renew Europe demands a system by which sanctions are deemed adopted unless a big majority of Member States overturn them.

“The EU budget benefits all Europeans. But among them are autocrats and their cronies who pocket large EU cheques while making a mockery of the EU’s most fundamental values—the independence of judges, the plurality of the media, respect for minorities. We need to put an end to that. EU values are not optional. Renew Europe will not approve the MFF without a robust rule of law mechanism,” says Moritz Körner who negotiates on the Rule of Law Mechanism for Renew Europe in Parliament.

In addition, elected MEPs should be given a role in overseeing the implementation of the Recovery plans. Money will be delivered upon promises to invest in the green economy and the digital transition but also upon commitments to reform.

“We have learned from the sovereign debt crisis that for reforms to work they must be perceived as legitimate. Voters do not accept reforms devised and imposed by technocrats and diplomats. That is why it is essential that the elected representatives of the European people participate in all the decisions concerning the reform plans.” Luis Garicano, spokesperson on economic affairs.

Renew Europe will spare no effort to push forward these priorities.