State of the European Union: Renew expect clear engagement from the Commission for a Europe that protects its citizens, its values and its future. 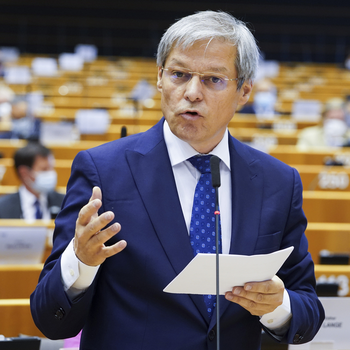 Dacian CIOLOȘ, President of Renew Europe Group in the European Parliament, says a plan for Europe that protects its citizens is what he is expecting from Ursula von der Leyen, Commission President in her first state of the Union speech this Wednesday. Commenting ahead of the debate, President Ciolos said:

“A Europe that protects its citizens in every aspect of their existence is what we are expecting to hear from the Commission tomorrow. Our citizens are tired and worried following months of uncertainty and anxiety. A lot is expected from the European Commission, given its engagements on the relaunch of the economy and the ongoing health crisis. This is a critical and pivotal moment for the European Union.

I expect the Commission to send a clear signal that it will stand side by side with the Parliament in the coming weeks to find a fast agreement on the MFF and recovery funds. We need clarity and concrete measures to shape a sovereign Europe, able to protects its citizens, its values, and its future. We need precision on the Commission’s plans for a robust digital agenda and a solid green deal that can drive transformative change. The aim must not be to just survive this crisis but to thrive following this crisis. Events at home and in our neighbourhood show we need to fundamentally reform our union so it can act more decisively and democratically – a citizen led Conference on the Future of Union would enable us to explore ways to reshape our European destiny together.”

Dacian CIOLOȘ was unapologetic for his Group’s stance on the need for a conditionality mechanism to defend the rule of law for those who receive EU funding. “We will not trade values for finance- they are intrinsically linked. The values of the Union have been threatened relentlessly; attacks on the LGBTI community, using the smokescreen of COVID to close borders and tighten power, the anti-European nationalist propaganda and fake news which have a one track agenda - for certain individuals to hold on to power, not to better the lives of our citizens.

“These attacks on our values must not be given any semblance of political protection from inside our Union; our rule of law crisis is not a shameful family secret to be conveniently ignore. The core values of the European Union must be a prerequisite for receiving finance and Renew Europe is unwavering on this“.

LIBE The future of Europe Leader Press releases and news