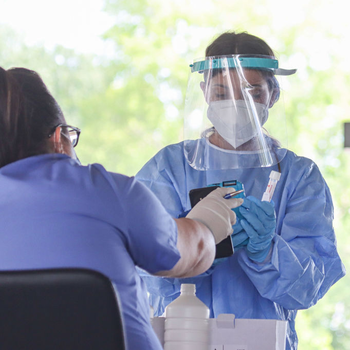 The Covid-19 health crisis was alarming enough in itself, but the uncoordinated way EU Member States have dealt with the outbreak over the past months has resulted in the disorganisation of freedom of movement in the Schengen area and the risk of fragmentation of the Single Market. This situation has exacerbated the impact on economic and scientific life, and on tourism and culture throughout Europe. The European Parliament this week draws a number of conclusions that can improve the way EU institutions and Member States tackle public health issues together.

The resolution, shaped by Renew Europe and voted today, calls for better coordination of health assessments and risk classification. Harmonised collecting and reporting of health data should lead to common risk strategies. A system of common colour codes is needed to improve the readability of decisions for citizens and companies, and enhance the willingness to act upon them.

The EU also needs to establish common benchmarks for public health decision making, based on opinions of a European Scientific Advisory Board, to coordinate decisions on border controls and, if necessary, on restrictions of movements between certain European regions.

'It is time to draw conclusions from the fight waged against Covid-19 so far', says MEP Véronique Trillet-Lenoir (Liste Renaissance, FR), Renew Europe's shadow rapporteur, 'It's time to show citizens they can count on the EU to tackle the crisis more effectively and with fewer negative side effects. For that to happen, we need to strengthen mutual confidence between the Member States and between the affected areas, and avoid restrictive measures in response.'

MEP Nicu Ștefănută (Uniunea Salvați România, RO) adds: 'In the midst of this crisis, it is crucial for the EU to speak with one voice. Therefore, we must create a common language for this crisis, so that a red zone would mean the same thing throughout all of Europe. The Commission has launched a set of measures to reach this goal. It is now the time for the European Health ministers to make political decisions.'

MEP Dita Charanzová, (ANO 2011, CZ), Vice-President of the Parliament and Renew Europe’s Coordinator in IMCO, underlined the need to protect our economy as we protect public health: 'While protecting health must be our first priority, this crisis must not be used as an excuse for actions against the Single Market. The Single Market has been fundamental in improving the competitiveness of our countries and ensuring prosperity for our citizens. The Four Freedoms are what make the European Union real. The pandemic has made it necessary to rethink some policies, including on health, but this does not mean rethinking our values. The EU has grown and prospered thanks to its values of openness and free trade and this will be vital to the economy recovery post-crisis.'

A related issue debated this week is access to medicines. A Parliament report on the coordination of COVID19 measures endorsed this week addresses the recurring problem of shortage of medicines affecting a growing number of patients in Europe. As the risk of disruption of essential medicines increases, EU independence more than ever demands a strategy to secure supplies, to supplement national health policies where necessary and to enhance cooperation between them.

MEP and shadow rapporteur Véronique Trillet-Lenoir commented after the vote: 'We, as Renew Europe, have urged to secure access to medicines of major therapeutic interest to all European patients, we need to do everything we can to work together across political levels and between public and private partners. We have also led the call to develop a genuine industrial policy for the pharmaceutical sector by investing in cutting-edge research to make Europe the world leader in innovation in the health sector.'

The resolutions adopted by MEPs can be found here and here.