ECB Board: nominate a woman and a man for Parliament to pick from, Renew Europe MEPs say 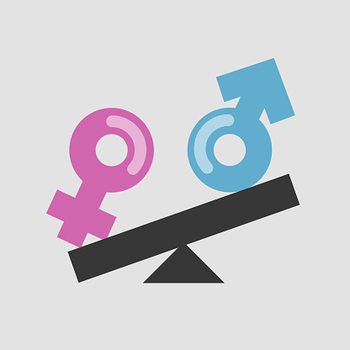 Renew Europe Economic and Monetary Affairs (ECON) MEPs in the European Parliament have adopted guidelines on principles for all future appointments requiring Parliament's consent, including the ECB and the EU's top financial institutions.

This is a key priority for Renew Europe ECON MEPs, who are calling on Member States to propose a gender-balanced shortlist of, at least, two names for every high profile appointment requiring approval from the ECON committee.

Renew Europe ECON MEPs have decided to apply these principles to the vacancy in the ECB Executive Board Member, as the term of one incumbent Board Member, Yves Mersch, comes to an end in December this year. The deadline for submitting candidates for this position is Friday, 25th of September.

The European Parliament prides itself on its strong stance on the issue of gender balance and has made repeated calls for Council to propose gender-balanced shortlists of candidates for ECB positions. Although some progress has been made for the European supervisory agencies, these calls are ignored time and time again when it comes to the ECB, and we fear the Parliament could be again presented with male candidates only.

If the Council does not put forward a male and female candidate, Renew Europe Economic and Monetary Affairs MEPs will not support the nominated candidate.

"Right now, only 2 of the 25 members of the ECB´s governing council are women. EU governments continue to perpetuate this unacceptable situation when they insist in defying the Parliament´s wish for gender balance shortlists. From Renew Europe, we will continue to do all we can to correct this absurdity."

"Renew Europe ECON MEPs stand for true democratic scrutiny for all high-level appointments. The Parliament can no longer be faced with the binary choice of approving or rejecting one single candidate, a man pretty much every time. "

Monica Semedo MEP, substitute member on the ECON Committee and author of the guidelines, concluded:

"The European Parliament needs to lead by example and stand firmly behind the values of fairness and equality. If we want more women to be on boards, then we need to reflect this in our institutions, and guarantee a fair and gender balanced application procedure."

1.Clarify the nomination procedures for each ESA in order to secure a true role for the European Parliament in selecting the candidates

- We call on the Commission to propose amendments to the ESAs Regulations and other relevant texts to increase the EP scrutiny and achieve gender diversity in the nomination and selection process.

- We have seen in recent cases that the current informal procedures are not sufficient, as they do not provide the level of transparency that the EP should champion.

- The new procedure should include public hearings with all short-listed candidates as a rule, followed by the adoption of EP recommendations identifying the preferred candidates.

2.Refuse to consider any lists of candidates that are not gender-balanced

- This is in line with the EP resolution of 14 March 2019 on gender balance in EU economic and monetary affairs nominations.

- We commit to using all informal and formal means of action to influence the selection process, including communication campaigns, informal conversations with relevant stakeholders, and if needed delaying votes or refusing the approval of candidates.

3.Require commitments from all candidates to mainstream gender balance and diversity during their mandate

- Commitments should be public, in writing and verbally, and include specific actions with a clear timeline for delivery, allowing the EP to exercise its scrutiny.

- Mainstreaming gender diversity should be at the core of the commitments, and diversity more broadly should be taken into account.

- Commitments should apply at all levels of the relevant organisation, to allow for the emergence of a diverse pool of future leaders, and aim to emulate best practices across all relevant EU agencies and bodies subject to EP scrutiny.