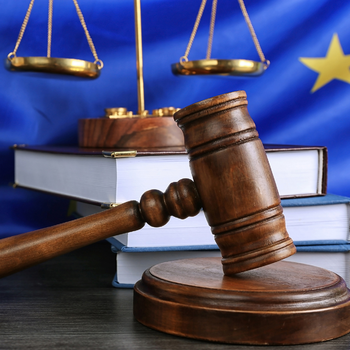 The European Commission’s first annual report on the Rule of Law in EU Member States shows the need for urgent and comprehensive action to tackle Europe’s wide-ranging and existential rule of law crisis, argue Renew Europe. The product of years of campaigning by Renew Europe MEPs, we praise that the Commission is finally taking action to strengthen EU's capacity to uphold the rule of law by introducing this annual reporting mechanism, but we now need action based on its findings.

Following the adoption by the Council today, after years of prevarication, of a draft regulation on a general regime of conditionality, Renew Europe looks forward to fast-tracked negotiations to complete this file. For Renew Europe, our red lines in the talks will be to sustain an efficient and independent procedure to adopt measures based on reverse qualified majority voting (RQMV), to enhance the scope and to provide a link to the annual rule of law report.

For Renew Europe, the mechanism must also provide strong safeguards for final beneficiaries and recipients and ensure conditionality, so money can be channelled directly to citizens and beneficiaries if necessary. Renew Europe laid out a blueprint for the management of EU funds through direct or indirect management by the Commission if shared management were to be suspended for a Member State that does not respect EU values. Real negotiations must start now if we are to get a satisfactory result and consequently be able to have an MFF vote in the Parliament.

Next week the European Parliament will also adopt a report on the establishment of a mechanism for democracy, the rule of law and fundamental rights, steered through the Committee on Civil Liberties by Renew Europe Vice – President Michal Šimečka, which aims to replace several of the existing tools for monitoring the rule of law in the Member States to a single EU-wide mechanism, called an Annual Monitoring Cycle. The adoption of the proposals outlined in this report would, together with a strong mechanism for rule of law conditionality, send a powerful signal that the EU is serious about protecting its constitutional foundations.

‘Standing up to corruption starts with identifying it, which is why I welcome the Commission's assessment today of the rule of law, but this is only a first step. We must act now to ensure that EU taxpayer’s money is not misused to undermine the rights of EU citizens anywhere. I welcome the adoption of a proposal by Member States today on conditionality and the EU Budget: in the negotiations ahead of us, Renew Europe will insist on an independent mechanism to protect against corruption and attacks on the rule of law based on reverse QMV.

Real negotiations must start to get to a satisfactory result and consequently be able to have an MFF vote in the Parliament. The Council's position is far from the original Commission proposal and the Parliaments first reading.

I want to thank Vera Jourova and Didier Reynders for their work on the report, with the support of President von der Leyen. The rule of law is not a political weapon to attack this or that government. It is a tool to protect our citizens all over Europe against attacks on their fundamental rights and freedoms.

Europe is a Union of values. Everywhere in Europe the fundamental pillars of our democracy must be protected: the fight against corruption, the independence of the judiciary and the freedom of the press. This annual report will be a democracy watchdog. It must be combined with binding tools to correct the shortcomings it points out.’

” In 2016 the European Parliament adopted my legislative proposal calling for a “Democracy, Rule of Law, Fundamental Rights Pact”. Today our vision has become a reality. For the first time ever, all member states have been assessed by the same, objective standards. The launch of the Report is timely. We have witnessed authoritarian backsliding in several member states, corruption and threats to free media and journalists. Parliament has always been critical, but clearly the Council is not equipped to deal with values issues and government leaders prefer to turn a blind eye to the presence of autocrats in their midst.

This mechanism is no magic wand, but it will help us in our constant work to build and maintain a true European community of law and values. That is not just a moral duty, but it is key to the functioning of the internal market, police and justice cooperation, migration policies, governance of the digital world and external policies. I am pleased and proud of the leadership of Renew on this topic.”

”The publication of the first annual report on the rule of law is a step in the right direction. The issues tackled by the report need to be brought out into the open. There are problems in all Member States, old and new, and we should not shy away from talking about them. I believe the Commission's report could have used even more direct and urgent language when describing the most brazen attacks on the rule of law.

The effort to improve the visibility of this agenda should not end here. While I fully support the Commission's and German initiatives to debate the contents of the report in-depth in the course of the coming months, we should also keep one eye on the future design of the monitoring mechanism. The Parliament is going to soon adopt my proposal for an Interinstitutional Agreement on Reinforcing Union Values which aims to make the monitoring exercise permanent, comprehensive and safe from political games orchestrated by autocratic governments. We see negotiations on and adoption of this Agreement as the logical next step to the Commission's report.”