Tackling Europe's Rule of Law crisis must be prioritised 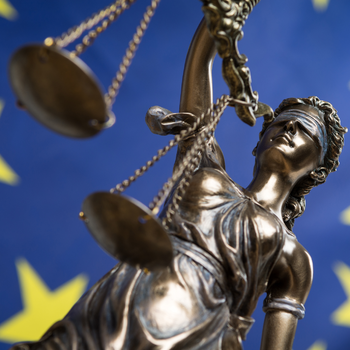 The European Parliament today adopted a report on the establishment of a mechanism for democracy, the rule of law and fundamental rights, steered through the European Parliament by Renew Europe Vice-President Michal Šimečka. The report proposes a replacement of several existing tools, by a single Annual Monitoring Cycle. Renew Europe has long campaigned for an EU Mechanism on Democracy, the Rule of Law and Fundamental Rights and yesterday we saw another clear example of why it is needed with the European Court of Justice verdict, stating that the Hungarian higher education law from 2017 breached EU law by disrespecting the principle of academic freedom. We are pleased by the support of this report in the Parliament, which will add further pressure on the two other institutions to begin negotiations on the agreement.

Despite the continuing deterioration in the Rule of Law in a number of EU countries, last week another European Council summit meeting passed by without it being discussed formally. In the context of the ongoing negotiations to complete the MFF, Renew Europe reiterates its demand for fast-tracked negotiations to secure a robust mechanism for Rule of Law conditionality, which to be effective, must be based on reverse qualified majority voting (RQMV). Moreover, it must include an enhanced scope and provide a link to the annual Rule of Law report. Furthermore, we emphasise that the mechanism must also provide strong safeguards for beneficiaries and recipients so that the money can be channelled straight to citizens and beneficiaries if needed.

“With this proposal, the Parliament is showing the way forward when it comes to monitoring EU values. The Commission's rule of law report was a step in the right direction, but it is clear that we can do better. We propose that existing rule of law tools are consolidated into a single, legally binding Annual Monitoring Cycle, which covers all aspects of Article 2 TEU and is linked to enforcement measures. Democracy, rule of law and fundamental rights are intrinsically linked and there is no point closing our eyes before some issues and not others. If the Commission and the Council are serious about strengthening the EU as a community of values, they will begin negotiations on the basis of this proposal for an interinstitutional agreement as soon as possible.”

“The Annual Report on the Rule of Law in the European Union is a new, powerful tool in the toolbox we are creating to uphold Union Treaty values. For the first time all member states are assessed equally, resulting in a complete map of the health of the rule of law in Europe. It will show people how not only other member states are doing, but also their own country. This will encourage member states to learn from each other, to set common voluntary standards and to engage in a “race to the top”. The democratic rule of law is vulnerable against attacks from the inside. We need to make it more robust, and create a real culture of democracy and the rule of law.”

MEP Moritz Körner, who negotiates on the Rule of Law Mechanism for Renew Europe in Parliament, reacts:

“An MFF and recovery fund without a rule of law component is unacceptable for Renew Europe. The illiberal policies of Orbán and Kacziński must no longer be co-sponsored by the EU”