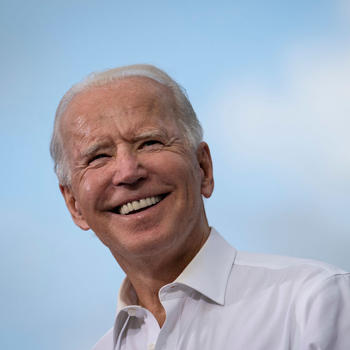 The Renew Europe Group in the European Parliament welcomes the election of Joe Biden as the 46th President and Kamala Harris as the first female Vice President of the United States and looks forward to work together on strengthening EU - US relations, enhancing transatlantic cooperation and joining our efforts to defend multilateralism and promote liberal democracy globally.

The President of Renew Europe Group, Dacian Cioloș (PLUS, Romania), congratulated Joe Biden and Kamala Harris for his historic victory:

“I sincerely congratulate Joe Biden, Kamala Harris and the Democrat Party for this well-deserved victory and together with my colleagues from the Renew Europe family, we are looking forward to working together for a new dawn in transatlantic relations."

"We have many pressing challenges ahead, such as climate change, health and security threats, reform of the global trading system and we must rely on each other in order to overcome these. In particular, I also count on the new US administration to join forces with Europe in giving a fresh impetus to liberal democracy in the world.

“Make no mistake, President Biden inherits a deeply divided country, and healing it will sometimes push him to positions Europe would rather see differently. On trade, for instance, I expect some tough discussions yet. But it is the start of a return to reason and reliability, which for security issues, foreign affairs, global trade and climate action will make a huge difference. Most of all, it is an opportunity for the EU to show itself as a strong and loyal partner, with which Biden can forge a new transatlantic alliance, fit for the 21st century.”

"The election of Joseph Biden to the Presidency and of Kamala Harris to the Vice-Presidency of the United States is a celebration of democracy’s endurance. Over 150 million Americans went to the polls, or voted by mail, all with an understanding that democracy means alternative, choice, freedom.

This is not an end, but a beginning. Europe and America must draw closer than ever, annihilate the virus and lead the economic upturn. We have an interest to lead together, to work together, to stand firm to the values that brought our freedom and prosperity. A world in disarray is watching, the time for leadership is now."