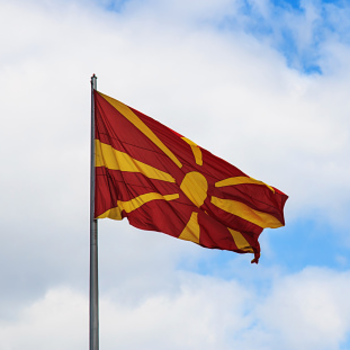 The Renew Europe Group in the European Parliament strongly supports North Macedonia’s European path and expresses its concerns about the Bulgarian government’s objections over Skopje's accession bid. The EU accession process shouldn’t be used by Member States as leverage to obtain concessions from its neighbours or to push for a populist and nationalist agenda for domestic political reasons.

Ahead of tomorrow’s video conference of European affairs ministers, who will discuss the state of play of the accession negotiations with North Macedonia and Albania, the President of Renew Europe Group, Dacian Cioloș (USR PLUS, Romania), said:

“It is high time for the accession negotiations talks between the European Union and North Macedonia to start. The citizens of North Macedonia have waited long enough. On behalf of the Renew Europe Group, I urge the Council to adopt as soon as possible the negotiating frameworks and in particular Bulgaria to stop blocking and delaying the start of accession talks. In the midst of a pandemic, it is more important than ever for North Macedonia to speed up the reform process that will lead to a so much needed social and economic development.”

“It is very disappointing to see that Bulgaria and North Macedonia couldn’t find a compromise and the formal start of accession negotiations has been blocked. It is a no win situation, which undermines the whole European integration process and does not serve the citizens of North Macedonia. Bulgaria and Northern Macedonia are two very close countries, which share a common past and should share a common future in the EU. Of course, the conversation about history is not easy and it should continue over time but the main responsibility is on politicians, they must show leadership.”